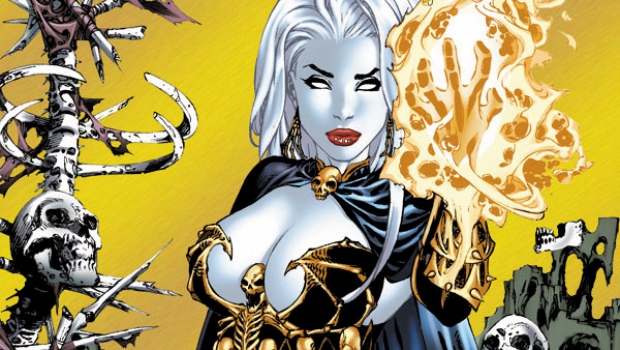 “This is the first in a series of Ebas Lady Death covers and we could not be more thrilled to unleash it on New York Comic Con,” Pulido said. “With an edition limited to 69 and a variant limited to 11, these are also the rarest Ebas covers ever produced!”

Other exclusives will be available at the show, with details to follow. Visit www.CoffinComics.com and www.LadyDeathUniverse.com for more details!

In addition to convention availability, preorders for Metal Edition will be available on a first-come, first-served basis Thursday, October 10, 2013 at noon (PST) at CoffinComicsShop.com. Pricing is set at $99.99.