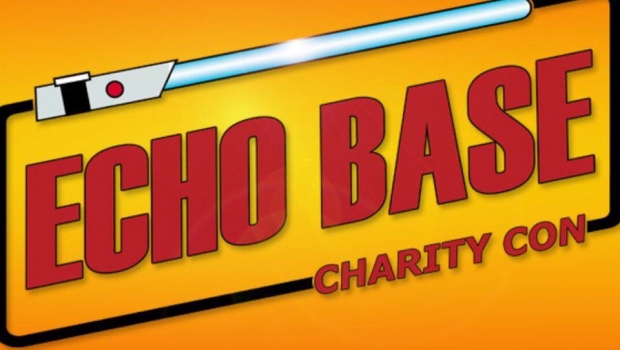 Echo Base is proud to announce that on December 16th, the Star Wars event Echo Base Charity Con will take place in Kinepolis Jaarbeurs Utrecht, Holland. Fans’ Star Wars heart will beat a tad faster at this 100% Star Wars event, bringing the proceeds to Force for Change, a charitable initiative of Lucasfilm and Disney for Unicef. Ticket sales will start soon. 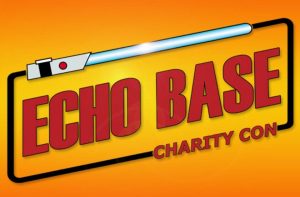 On December 16, Kinepolis Jaarbeurs Utrecht is transformed into a Valhalla for Star Wars enthusiasts. For example, there is a lot of different merchandise on sale, a special auction takes place for Force for Change, there is cosplay and fans can meet various Star Wars actors during organized signing sessions and Q & A’s.
The first names of actors present at Echo Base Charity Con have already been announced: Jeremy Bulloch, who played the cult hero Boba Fett in The Empire Strikes Back (1980) and Return of the Jedi (1983) and Tim Rose, who played -among others- Admiral Ackbar in Return of the Jedi, The Force Awakens (2015) and The Last Jedi (2017).

The date of December 16 was not chosen by coincidence. Not only is Star Wars: The Last Jedi premiering in cinema’s that week but it was also 40 years ago, Star Wars premiered in Dutch cinemas (December 15, 1977).

For more information about Echo Base Charity Con: www.echobasecon.nl.

About Echo Base Foundation

The Echo Base Foundation was established in 2017 with the main purpose of organizing events in the field of Star Wars. The proceeds will be transferred, after deduction of the cost of the event, to a charity established by the board.

The Echo Base Foundation was previously active from 2000 to 2005 and engaged in the Dutch Star Wars Fans Club Echo Base and the organization of Star Wars Conventions called Echo Base (Charity) Con.
For example, money was collected for the Koningin Wilhelmina Fonds (Dutch Cancer Control) and the Make A Wish Foundation. 2001 to 2003 at locations in Maarssen and Nieuwegein. For more information about the Echo Base Foundation, go to www.echobasecon.nl.

About Force for Change

Star Wars: Force for Change, a charitable initiative of Lucasfilm and Disney, uses the power of Star Wars to enhance and improve the lives of children around the world.
Since 2014, it is inspired by Star Wars fans and the countless hours devoted to philanthropy over the past four decades. So far, on behalf of Star Wars: Force for Change, more than 13 million dollars have been gathered for charitable institutions from all over the world.
With a bright future ahead and new Star Wars stories still to be told, Force for Change strives to work together with charities and encourage others to be a Force all on their own and be able to bring forth change in their own community. For more information about Force for Change, visit ForceForChange.com.

Kinepolis Group NV was formed in 1997 by a merger of two family cinema groups, and was listed in 1998. Kinepolis represents an innovative cinema concept that is pioneering in the sector. Kinepolis Group NV has 49 cinemas, spread over Belgium (12), The Netherlands (15), France (11), Spain (6), Luxembourg (3), Switzerland (1) and Poland (1). In the Netherlands, Utopolis and Wolff Cinemas are part of Kinepolis. 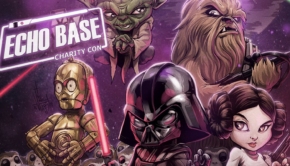