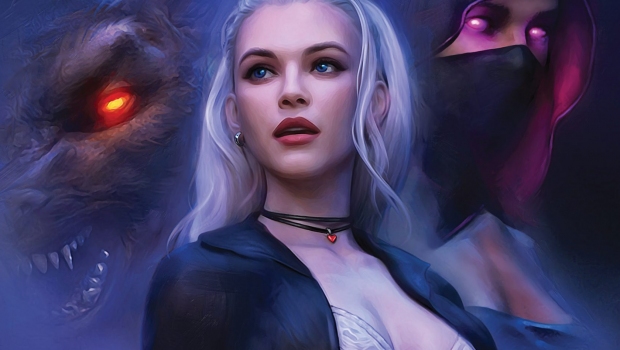 Announced during San Diego Comic Con, superstar artist Shannon Maer’s hotly anticipated creation Sirens Gate is kicking off this October in time for New York Comic Con. Alongside the Previews catalog hitting the stands this week for fans to begin preordering this scorching hot series, Dynamite debuts a thrilling trailer for the title crafted by Maer himself!
Fans can head to Dynamite’s YouTube channel at 1:30 PM EST to tune in to this snappy preview of one of the biggest splashes of the year.

Shannon Maer is renowned across the industry by fans and retailers for his remarkable painted cover artwork that flies off the shelves. His technique and style captures a blend of realism, sensuality, and allure that is perfect for the medium of comics and many hit characters such as Dynamite’s own Vampirella. Countless fans have been inquiring and clamoring about the possibility of Shannon tackling full interiors on a comic book. That time has finally come, and it’s not just a quick little short story or special one-shot, but a full blown series created, written, and illustrated by Shannon himself.

Following in the footsteps of other juggernaut painters in the comics field like Alex Ross, Joe Jusko, Bill Sienkiewicz, Joseph Michael Linsner, Simon Bisley, Dave McKean, and many other greats, Shannon Maer is offering fans a treat all too rare in the medium.

“As the pages began coming together, it felt like another level of dimension added to my work,” said creator Shannon Maer. “I loved exploring a scene from multiple angles, and still feeling like the entirety of the book was a singular painting.”

“Shannon saw the incredible reception to the announcement of the series at SDCC, and wanted to take the awareness to a new level. Shannon tackled creating the trailer himself, which just reinforces his love and devotion to the series to ensure that retailers and fans can have as much of the art and information as possible to check out to pre-order,” said Nick Barrucci, Dynamite CEO and Publisher. “We’re not only fortunate to be working with Shannon on this impressive series, but the fact that he is committed to promoting it as much as he can, is great for the entire comics community, and we cannot wait for the fans to read this incredible story with beautiful art.”

The August 2022 Previews catalog for October releases will be available to customers at their Local Comic Shops on Wednesday July 27. They can then coordinate with their retailers to preorder and subscribe to Sirens Gate to make sure they don’t miss out on this sure to be sought after series, and help support daring projects like it.

SIRENS GATE #1 is solicited in Diamond Comic Distributors’ August 2022 Previews catalog, the premier source of merchandise for the comic book specialty market, and slated for release in October 2022. Comic book fans are encouraged to preorder copies of the issue with their local comic book retailers. It will also be available for individual customer purchase through digital platforms courtesy of Comixology, Kindle, iBooks, Google Play, Dynamite Digital, ComicsPlus, and more! 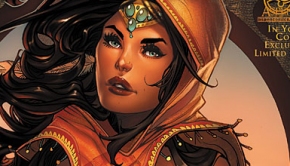