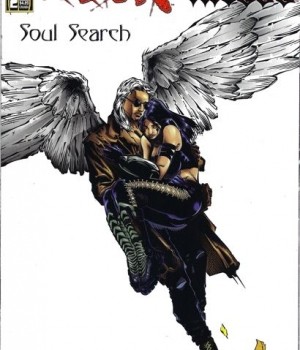 Jeff Most Productions ( The Crow) has just entered into an agreement for the film rights of the dark-action graphic novel from creator, Everette Hartsoe entitled “Mortal Angel”

The story of an assassin with supernatural abilities, hired to hunt down college student, Mary Heller. She is unknowingly protected by a handsome guardian angel hybrid, that has fallen in love with her from a distance. Complications arise when Mary discovers her demonic family bloodline and that her father could be the Devil, himself.