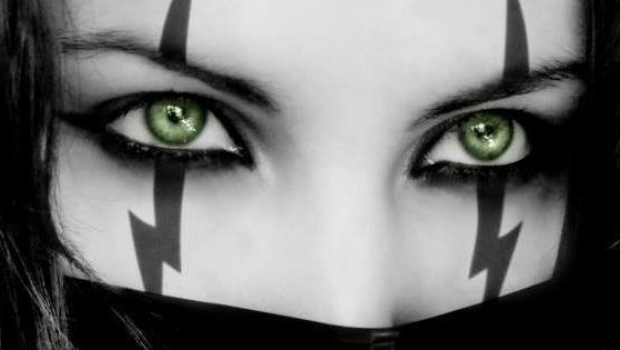 Comic book creator, Everette Hartsoe, best known for launching the successful company LONDON NIGHT STUDIOS in the early 90’s, makes his return to the industry after a 14 year hiatus. Everette Hartsoe’s RAZOR: SCARS is a 150+ page graphic novel that will take his popular creation, Razor into a darker territories, while reinventing her for a new generation of readers.

Everette Hartsoe wants to address questions he has been receiving, to explain his future plans, his love for Razor and his dedication for his own future.

Q: Point blank question… so after all these years, why come back to comics?

EH: Comics have always been something I’ve enjoyed to read and then to produce. I took some time off to seek new adventures and was very successful on those other areas, but creatively unfulfilled. I wanted to give it one more try and do everything on my terms. The brave new world of digital marketing, distribution and printing just lends itself to anyone with a half a creative bone in their body.

Q: so after all these years, why return back with Razor of all characters? Why not start completely fresh?

EH: Razor is my most famous and most successful character, plus the movie option has been in development Hell in Hollywood up until recently when we brought in an A-list writer/ director to take over the project. Once I knew he was onboard, I knew it was also time for me to get off my ass and tell a new story and reintroduce RAZOR to a new audience.

Q: way back, you started Razor as a means of recovery. Can you tell us some more about that?

EH: Razor was a story of revenge. A vengeance I always wanted myself to take on the murderer of my younger sister, Roberta, whom I’ve dedicated several books to. Time heals all wounds and ultimately her killer met his own fate in prison as a rightful balance to the scales. Next year 2014 on July 4th it will be 30 years since her death in 1984 and 20 of those years, I’ve spent with her memory in the form of RAZOR. Now I’m a more peaceful adult, not the angry kid in the beginning, so revisiting this character opens old wounds and memories. It’s not easy sometimes to bring those emotions up..but if I want the story and art to have emotion, I need to be emotional when I produce it.

Q: in looking back at the years you had Razor: what were your highlights?

EH: The highlights where the first issue… it sold hot without a build up at all and that enabled me to hire some of the artists I loved at the time to do covers, such as James O’Barr, Tim Vigil, and my buddy Joseph M. Linsner who has graced at least 5 RAZOR covers. Just the fact that a high school dropout, manic depressed guy can turn his life around and make comics for a living is one hell of a highlight!

Q: are you not afraid of getting Razor back and getting the “Bad Girl craze” sticker put on it from the get-go?

EH: Not really, I don’t care about labels any more..If I stay true to the story and deliver on that alone, RAZOR will stand on it’s own merits. Also RAZOR was one of the 1st comics to come out before the term “Bad Girl comics” was even a term.

Q: what are your plans with the Kickstarter?

EH: Well, Kickstarter has shown me I can produce a product from A to Z and ship it straight to the fan w/out any middlemen ,such as distributors or retailers. As soon as this graphic novel is at the printers. I will be back on Kickstarter with my next book. It’s that simple. Market, produce, ship and the fans come back for more if they like what you’ve given them. I plan to leave it all on the art board… at the end of the book I should be drenched in sweat. The fans will know I gave my all.

Q: the KS is exploding (600% with 23 days to go) and you are well into starting up the Stretch Goals. How do you feel about this kind of attention?

EH: Shock sets in at 1st, then you know that you have something that comic fans want to enjoy. 50% of the KS backers have never heard of Razor or Me, so it’s the page that is grabbing them by the balls. Now that is a great feeling!

Q: besides getting Razor back, you also have some other projects starting up or are already working on them. Can you tell me more about those?

EH: After RAZOR: SCARS I start on a violent sexy zombie apocalypse mini-series called HELL RIOT which stars my wife and co-writer, Jennifer Hartsoe and then I team up with old friend, Brian( Lady Death) Pulido for a 2014 RAZOR ( yet-to-be-titled) one-shot. I’m writing and illustrating 3 new graphic novels in 2014, BITCH FIGHT, MORTAL ANGEL and DEAD BOYS ,the latter two titles just got movie options from MOST FILMS. I can honestly say I’m back in comics full force!