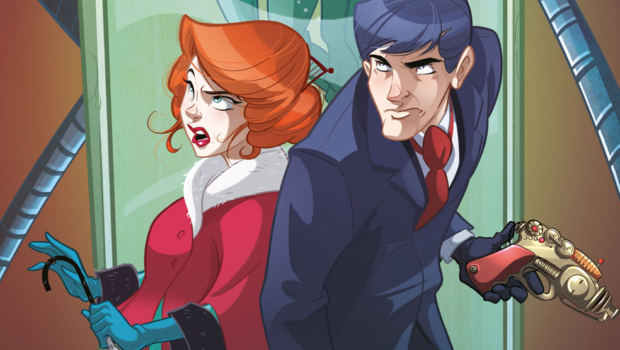 Titan Comics has provided C4S with a preview to Newbury & Hobbes #1– a brand-new steampunk adventure from writer George Mann (Dark Souls, Doctor Who, Warhammer 40,000), who brings his series of steampunk mystery novels to comics to celebrate its 10th Anniversary in 2018, preceding the novel-release of The Revenant Express next year!

Fans and retailers can pre-order and re-order their copies of Newbury & Hobbes #1 from the July edition of Diamond PREVIEWS.