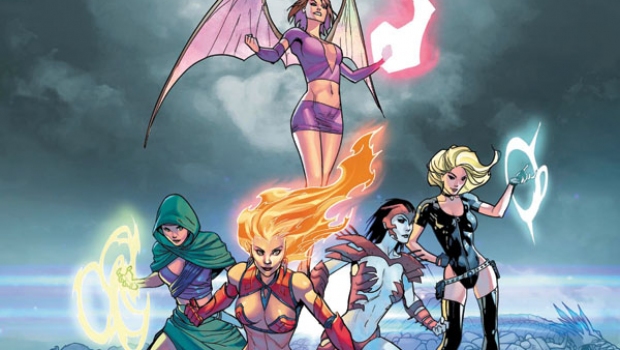 Aspen Comics is pleased to announce their complete lineup of creator appearances in conjunction with this weekend’s Free Comic Book Day festivities. Free Comic Book Day 2017 is this Saturday, May 6th, and the publisher will be debuting their free title and start of this Fall’s Aspen Universe crossover event, Decimation. 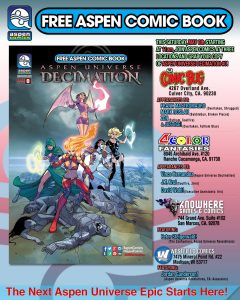 Written by Vince Hernandez (Charismagic, Fathom: Kiani) with art byMarco Renna (Michael Turner’s Fathom) and Oscar Bazaldua (Amazing Spider-man), solicitation for the free Aspen Universe: Decimation #0 reads:
The time for Revelations has ended.
The time for Decimation has begun…
Following the groundbreaking events of Aspen Universe: Revelations, the world of Aspen’s pre-eminent heroes is torn apart by a force far greater than any they have ever faced-the collective might of Aspen’s most powerful anti-heroines! Together, this supergroup of dark ladies have a plan so catastrophic for the future of the Aspen Universe, that NO character is safe from their clutches! This completely brand new 16 page prelude story sets the stage for Aspen’s DEADLIEST event ever!

Below is the complete list of Aspen Comics creator appearances for Free Comic Book Day 2017: