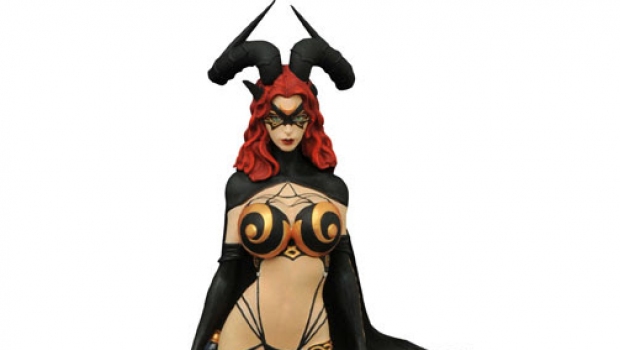 The first Tarot Femme Fatales statue was one of DST’s most popular ever, so DST is reteaming with Broadsword Comics for an all-new take on the titular enchantress! 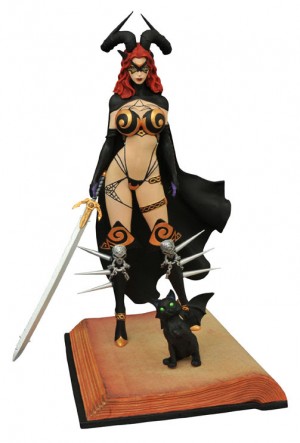 Featuring an entirely new sculpt, this PVC statue of Tarot, Witch of the Black Rose, measures approximately 9 inches tall atop an open-book display base, with a large sword and her pet cat Pooka.

Packaged in a full-color window box.

Give your Local Comicbook store this code:
Item #JUN152099, SRP: $45.00
OR Pre-Order it Directly from Diamond Select Toys by clicking below