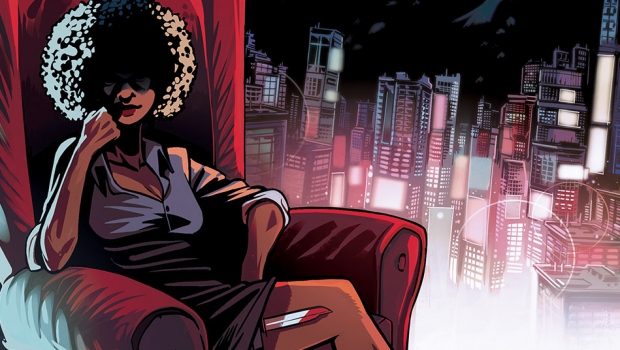 Chuck Brown—co-writer of the Eisner Award winning series Bitter Root—reunites with On the Stump artist Prenzy for the ultra-violent, high-octane new story in Flawed. This six issue miniseries is set to launch from Image Comics in September.

Flawed follows Gem Ezz, a psychiatrist in the Kafkaesque city of Setham, where corruption and brutality rule the streets. By day, she uses words to solve her patients’ problems. By night, she takes a more direct—and sometimes deadly—approach. But when her practice puts her in the sights of an immortal serial killer, Gem finds herself embroiled in a power struggle that threatens everything she’s ever known.

“The city of Setham holds many different strange tales and Gem Ezz’s story is only the beginning” said Brown.

Flawed #1 will also be available across many digital platforms, including Amazon Kindle, Apple Books, and Google Play. 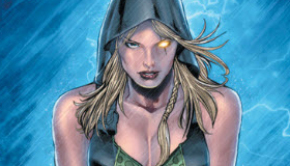 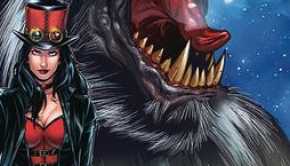