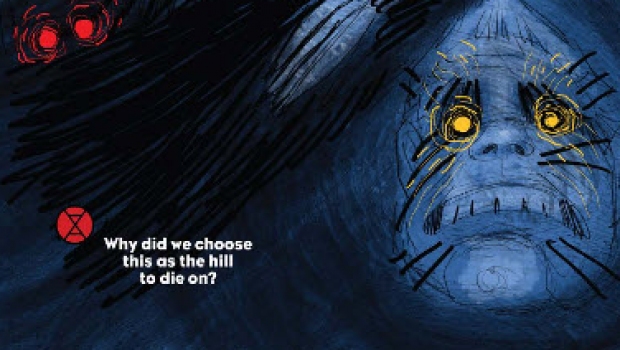 In support of World Mental Health Day, award-winning illustrator Howie Noel will release his latest graphic novel, Float, detailing his personal battle with anxiety. He will be in Holland to sign his work. 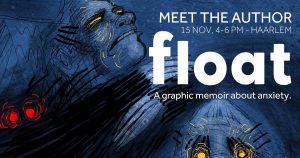 Float, a semi-autobiographical graphic memoir with accompanying concept album by musician Victor Guest, lays bear the impact anxiety has had on Noel’s life as a professional artist, husband and son. The 235%-funded Kickstarter held last May will fund the books release in the United States.

The book is brought to life through raw storytelling and graphic, often abstract, illustrations that visualize the constant struggle experienced by those with mental illness. Noel has found that talking about his anxiety with both friends and professionals has helped him the most in overcoming its ever-present pull on his psyche.
“With this project, I’ve gone deeper than ever before. At times, it was disturbing. But only when we face our fears and demons can we learn how to best them. People shouldn’t feel like they have to hide what they’re feeling. We will never overcome anxiety’s effects if we’re constantly hiding from it,” said Noel.

The immense fan support Noel has received since January on social media and at YourGlassCeiling.com has ignited the books release, with fans sharing incredibly personal stories about their own struggles with mental illness.

Noel hopes to help others by speaking openly and honestly about the difficulties of mental illness and anxiety to generate awareness and broader acceptance so that people who may feel lost can find the support and help they need.

ABOUT HOWIE NOEL
Noel is a professional illustrator and caricature artist. His commercial work includes clients such as T-Mobile, Dave & Busters, Troma, National Eye Institute, CBS Radio and TheWalkingDead.com. As both writer and illustrator, Noel has produced four graphic novels, three single-shot comics and a webcomic for which he has received a number of awards including Wizard Magazine Top 50 Indie Comics, Best New Comic WCRCA Peoples Choice Award and Best Independent Comic Artist at the Spacie Awards. He also contributes as illustrator on comic issues for publishers such as Devil’s Due, Dynamite and Image/Shadowline, and has illustrated two childrens books. 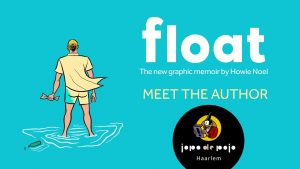 Since 2010, when Noel was diagnosed with generalized anxiety disorder, he has worked to help others by creating awareness and sharing his story.