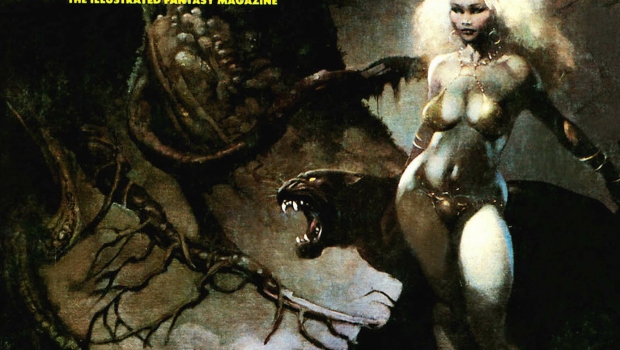 Frank Frazetta’s art will be appearing on the cover and within the pages of future issues of the Heavy Metal magazine, thanks to a deal between Heavy Metal and the Frazetta Art Museum.

“There are few brands in the world that demand the respect of my father’s ar,” said Frank Frazetta Jr., owner and operator of the Frazetta Art Museum, according to The Hollywood Reporter. “When Heavy Metal approached us, it was clear that these two great visionary brands sharing a combined goal makes for an exciting time.”

The first issue featuring a Frazetta cover under this agreement will 305, coming in February. Here’s an early look:

Issue #305 will be the late artist’s fourth Heavy Metal cover. Here are the previous three: