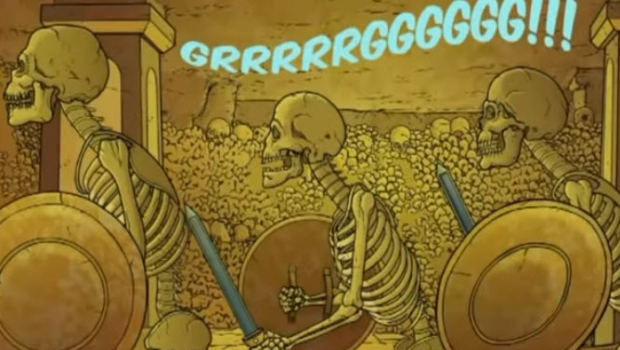 Bill Maher is a condescending prick. But Bill Maher knows this. In preparing my rebuttal on Bill Maher’s recent statement’s about Stan Lee and comic books in general I came up with a different approach then most of my fellow YouTube broadcasters. I have watched video after video of broadcasters getting upset, some even swearing, and, in the end, what does any of that accomplish?

I have taken the approach of showing anyone who might be interested the true value of comic book collecting. What do comic books offer? To film makers they offer a wealth of material to make movies and I’m not just talking about superhero movies. Films like Road to Perdition and A History of Violence were actually adapted from graphic novels. But since Bill Maher, by his own admission, has never read a comic book in his life, he wouldn’t know this. Which brings me to my next point…

Don’t judge a book by it’s cover. Maher’s statements about a type of literature he’s never read only goes to show how closed his mind is. But what would you expect from someone who hosts a talk show that simply revolves around his views? And I should clarify because most people don’t even know, or only have a vague idea, of who Bill Maher is. He is a self-important little man that hosts a talk show called Real Time On HBO, a once popular pay cable service whose audience has shrank with the arrival of better competition, and his show is probably the least watched program on that channel. Before that he hosted a show called Politically Incorrect on Comedy Central. On both programs he describes how his politics are correct and condescends to anyone that disagrees with him. He has gone so far as to wish the country would go into a recession because he wants President Trump to lose his popularity along with his bid for re-election in 2020. That’s right, Bill Mahar, who has nothing to worry about from a mild or even a deep recession, wants the rest of us to suffer simply because he doesn’t like the President. But now he’s brought his brand of Narcissism to the world of comic books.

Calling Bill Maher a bunch of names does not prove anything except for a dislike of the man. What I want to do is show how comic books have grown from being children’s books to a respected brand of literature. So, on my YouTube show I discuss how comic books have influenced mainstream artists like Greece’s Giorgos Ioannou and Germany’s Michael Mobius. Then I look at ten authors who are well respected best sellers who also like to write for the medium of comic books. Best selling authors like Stephen King, Harlan Ellison and Brad Meltzer, who do not need to write for the medium of comic books but do, simply because they enjoy writing for the medium. (I wish Harlan Ellison had lived a little while longer. Given his penchant for giving his critics a piece of his mind the man would have had a lot to say to Mr. Maher, I’m sure.) Finally, I look at comic book writers themselves and ten graphic novels/trade paperbacks that weren’t written for children. The works of Frank Miller, Alan Moore and Neil Gaiman. Alan Moore’s Watchmen even made Times all time 100 greatest novel list in 2005 (the only Trade Paperback to receive that honor.)

When we react angrily to Maher’s statements we only play into his hands. He gets a grim satisfaction out of getting under our skin with his ignorant statements but with this wealth of information on how comic books have become important to mainstream literature, we make Bill Maher look like the fool he is when it comes to his assessment on a subject which he has invested no time or involvement with.

Tags: Bill Mahar, given to me, Stan Lee