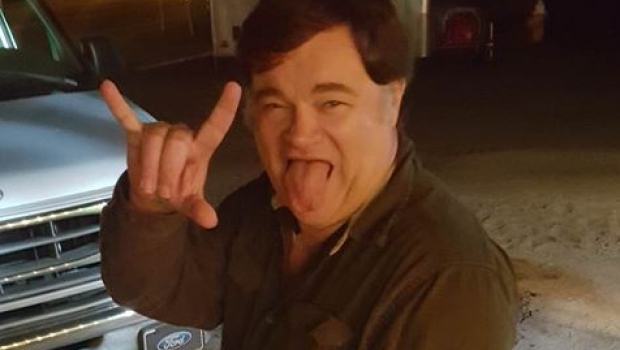 Given To Me: Filming At Night

Another great day of filming! We had to do a night shoot. Tonight we filmed the exterior of the bar scene where Karl Vincent: Vampire Hunter met President Lyndon Johnson. Luis Antonio Howard played Sebastian Vasilis once again and I played Karl. for the Crisp Film Works production of Last Rites: The Return of Sebastian Vasilis. In this scene. Sebastian informs Karl that no one can see or hear him (Sebastian) except Karl, since Sebastian is a ghost. The interior scenes, filmed in November, were shot at the Boondocks bar in Lakeland, Florida while tonight’s exterior shots were done at Two Amigos, also in Lakeland.

We’ll let the pictures do the talking:

001_Director Jeffrey Crisp setting up the Gimbal for the steady cam _002_hamming it up_003_Entering the bar_004_exterior shots at 3 Amigos in Lakeland, Florida_005_Rowdy bar fight leads to the Medicine man pulling out his tomahawk_006_Smokey the bar_007Too much Corona!_008_A page from the script.