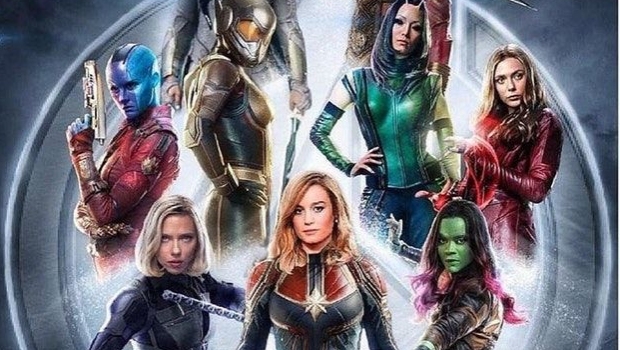 “White men are the problem.” Don  recently griped on CNN. Hmmm. I’m a white man and, somehow, I’m a problem. But what does that mean? How am I a problem because of the color of my skin? But isn’t Don Lemon dating a white man? So, he must be part of the problem his own self. But let’s look at what else Lemon said. (1)

“We need to stop demonizing people.” Who are “we”, Americans? Also, who is being demonized? By his own statement, he wants to single out white men as a problem, thus demonizing us. It’s actually the media itself, which Lemon belongs to, that keeps us demonized as well as segregated and always will.

Let’s go way back to see examples. I was watching a clip from an old Dick Cavett show which featured Bill Cosby (I know his name is mud today, but this was 1971.) Where he was describing how the media kept us segregated back then. On the program, Cosby describes backlash to the 50’s television program Amos and Andy, to the point where the NAACP asked for the show to be taken off the air, even though there were no other programs on television during the 1950s that featured a predominantly black cast. The leaders of the NAACP found the show to be offensive and the show, a ratings winner, was removed. He also described how the news media keeps us segregated. Long story short he made the point of saying that when a white man commits the same crime as a black man the newspapers report it differently. For instance, “Mr. Smith murdered so and so.” Whereas if the person were black the papers would say “Mr. Jones, who is black, murdered so and so.” Singling Mr. Jones out because of his race. (2) More recently many articles have been written about what the black community thinks of the Jussie Smollett case. This implies that everyone who is black thinks exactly the same way. This is how the media keeps all of us segregated. I have yet to see an article that starts with “What does the white community think about…” What I see in today’s media seems to be going in the opposite direction of Amos and Andy. I see a lot of pandering going on.  but how many of these elitists live in neighborhoods that are mixed? And now, these elitists in Hollywood are pandering to all sorts of demographics in an effort to be “all inclusive.” I have nothing against inclusivity, I’m all for it, but I don’t believe you have to pander to any political groups and bend over backward to alienate the audience you already have. But we’re seeing just that in today’s Hollywood. Major players in tinsel town are calling out fanboys and calling them misogynist, racist and all sorts of names because they disliked their movies. Paul Feig, J.J. Abrams, and Rian Johnson all come to mind.

Even Ron Howard blamed the failure of Solo a Star Wars Story on “internet trolls”I also recall Josh Trank ranting that if you didn’t like his movie (Fant4stic) that you were a racist because you couldn’t deal with the fact that Michael B. Jordan is a black man playing a white character. Say what? Josh, your movie rots! It has nothing to do with the color of Michael B. Jordan’s skin. You took a beloved franchise, one which I grew up on and had every comic book issue of (until about issue # 300), and completely ruined it by your disrespect for the characters. I blame no actor involved (In fact, I like Michael B. Jordan) they were doing what they were told to do. Josh Tranks ignorant direction to them was to NOT read any of the comics. Kate Mara is the closest one they had to getting her character right and is possibly an improvement over Jessica Alba in the same role. But Dr. Doom as an internet blogger?!?! Even the Tim Story movies at least had him as an evil corporate entity. Give me a break Josh.

Producers with Star Trek Discovery made the off the cuff statement that the Klingons in their series represented Donald Trump supporters. This led to a backlash which saw very few Klingons in season 2, and mediocre to bad ratings. No matter what anyone thinks of Donald Trump, over 60 million people voted for him. Do you really think that those people are going to watch your show if you’re going to compare them to your villains? The inclusion of Anson Mount’s Captain Pike did help ratings. But now, I learn, he’s gone from the show too.

Star Wars Kylo Ren was an overtly angry leader that made stupid decisions at every turn. No one as stupid as this character could have ever risen to a post of prominence in any type of regime. Don’t even get me started on General Hux.
JJ Abrams at least treated the Han Solo character with a little bit of respect and kept him in character until the end. And gave the character a death scene with some dignity to it as he tries to convince his son to return to the “good” side of the force. The results were boffo box office for the Force Awakens But…Rian Johnson completely disrespected the “old white dude” character of Luke Skywalker and had him behave like a whiney baby who couldn’t make the right decision if his very soul depended on it. Even actor Mark Hamill was not thrilled with the direction his character took. Luke didn’t care about his own sister and her plight, or the fact that her life was in danger. At one point we learn that he was actually contemplating killing Ben Solo in his sleep because of his turn to the dark side. Think about this from the iconic character: killing Ben Solo in his sleep!

A complete disrespect for the character and franchise which upset most fans to the point where Last Jedi, though the number one film of the year, made $700 million or so less than the Force Awakens. I also believe that fan backlash (not internet trolls, Ron Howard) against the franchise cost Solo, a Star Wars movie to flop. Because it really shouldn’t have flopped, it’s a good film. But Johnson’s sins didn’t stop there. He even took the new character of Finn, which was one of my favorites in Force Awakens, and crapped on him too. Fans and critics alike talked about the disservice done to Finn’s character. So, Mr. Johnson not only dumped on the iconic characters, but he also pinched an extra loaf for one of the new characters as well.And now we come to the MCU which, so far, has not had any kind of political influence directing the course of their movies, but Kevin Feige is promising to become more “inclusive” will this mean disrespecting some iconic Marvel characters like other studios have done?

The aforementioned Fant4stic as well as what Fox has also done with… SPOILER ALERT FOR DARK PHOENIX…Charles Xavier and Magneto in their latest X-Men abomination? And what is being accomplished by all of this political pandering? Failed and lesser box office plus poor ratings for Television series that should be soaring in ratings.

Another Hollywood reporter recently asked Quentin Tarintino about Margot Robbie’s role in the upcoming film Once Upon a Time in Hollywood. Implying that he purposefully kept her role to a minimum because she’s a woman. (3) He rightfully rejected her hypothesis. Are you kidding? This is the man who gave us Beatrix Kiddo in the Kill Bill franchise. Probably the toughest, strongest female lead in the history of film making. Uma Thurman’s character, at one point, takes out a whole Yakuza gang by herself (and without any superpowers.) Margot’s own response was basically this is what the role called for and this is what I did. You can have strong leads of either gender or any race and tell good stories, but why do you have to crap on iconic characters, such as the aforementioned, and expect us to buy tickets to your movies or watch your TV shows?You’re not necessarily a racist or a misogynist if you dislike certain films with black or female leads (Catwoman, anyone?) Hollywood, a city run by old white dudes, seems to be at war with old white dudes and quite frankly, I’m tired of it.