I haven’t written a column in a while. Part of the reason is that I ..." /> Given to Me: The Comic and its adventures - Comics for Sinners
given to me 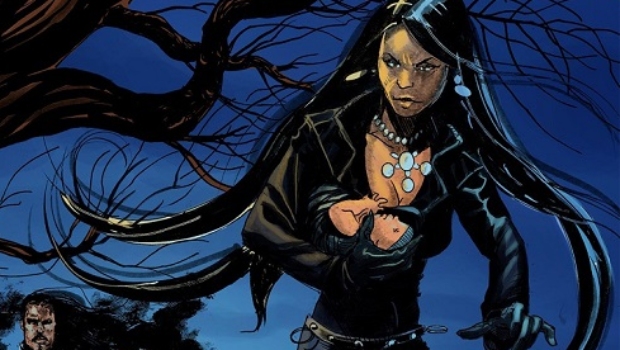 Given to Me: The Comic and its adventures

I haven’t written a column in a while. Part of the reason is that I like to talk about the movie production with this title, but it’s been a difficult journey to create this column when we’ve not produced much pertaining to the movie in about two years. There has been some good news on that front, but I want to hear the official word before I reveal what it is here. So, I have to wait.

But now, as I send out proposals to comic book publishers concerning Dracula Rising. I find myself with some more potential good news. Once again, I want to proceed with caution as I always wind up getting my hopes dashed, but I think I might have found a publisher for Karl Vincent: Vampire Hunter. No names yet as nothing is carved in stone. But I said at the beginning of the year that my New Year’s resolution was going to make this the year of Karl Vincent. So, what’s up with that?

I was looking for a name artist to do an original cover for issue one of Dracula Rising and, through a co-worker, I found Mark Pennington (X-Men, Batman, Conan) and he painted a beautiful cover which I will share here, along with several pages of issue one.

As I’ve always maintained all successful comic books have the same plot. Our hero(s) have to find the thing-a-ma-bob and get it to the what-cha-ma-call-it before the gobbledy-gook happens. The Lord of the Rings has their ring, Ready Player One has their keys, Marvel has their Infinity Stones, DC has their Mother Boxes. All great action/adventure stories have a McGuffin (an object or device in a movie or a book that serves merely as a trigger for the plot.) and my Karl Vincent universe has its own McGuffin in the Equality Crystals.

In the story, Karl is visited, in true noir style, by a mysterious lady in black, who claims that she has a vampire she wants him to hunt. She leads him to the old Oak Hill cemetery but then he passes out, wakes up in his office and realizes that someone has drawn blood from his arm. He’s visited by 0ur immortal time traveler, Nathan (Athanasius Timon) who informs him that there’s been a breech in the space time continuum. The woman that he met is none other than Dominica, Dracula’s daughter who has come from the future to resurrect her father in time for the Equality Equinox. They must gather the four equality crystals in time for the ritual. Karl sends his merry band of vampire hunters out to find the crystals and they are on a race against time to beat the vampires to finding the crystals. I’m sending a link for anyone who might find the plot interesting to read the first issue. I’ve shared it on Tapas and I hope you will check it all out. I’ll share a few pages here and if you want to continue reading, just follow the link. But now, I will leave you with IGN’s list of top ten movie McGuffins:

5) The Holy Grail – Indiana Jones and the Last Crusade (plus a hundred others from Monty Python’s search for, and the Davinci Code)

3) The Ark of the Covenant – Raiders of the Lost Ark.

If you want to read all of issue one of Karl Vincent: Vampire Hunter here is the link to Tapas:

Tags: given to me, karl vincent, Mark Pennington, Rodolfo Ezequiel