Given to Me: The Freezer and the Iceman – Comics for Sinners
given to me 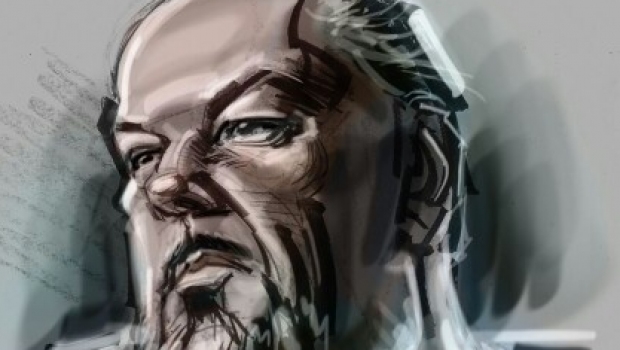 Given to Me: The Freezer and the Iceman

Well, I’m a little late with this particular column. Been busy at work and all. I have decided to discuss another character from Foul Blood this week. For those new to my column, Foul Blood is the second novel in the Karl Vincent: Vampire Hunter series and is a prequel to the first novel in the series Last Rites: The Return of Sebastian Vasilis, which is in production now to become a major motion picture from Crisp Film Works. It is the origin story of Karl Vincent, who was a detective. It’s his first encounter with a vampire.

The last time I discussed a character from this novel, we looked at serial killer David Reynolds, who I loosely based on the real serial killer Danny Rolling, who was known of as the Gainesville Ripper here in Florida. Reynolds had escaped from prison right around the time bodies started showing up behind the cross-dressing club First Impressions, which was loosely based on Jacques Cabaret in Boston, where the story is set.
This week I want to discuss the club owner and ‘former’ mafia hit man Leo “The Freezer” Kowalski. I based Leo loosely on the real mafia hit man Richard “The Iceman” Kuklinski.
Leo is quite the character. You see he was arrested on drug charges and, even though he wasn’t guilty, he did his time and kept his mouth shut. He didn’t turn into a rat and snitch on his fellow mafia wise guys. As a reward they gave him the club first impressions. The club use to be a run of the mill strip club but business fell off, therefore he decided to turn it into a cross dressing club.
The second victim in the crime spree, Paul “Sweetheart” Sacchitella, was a mafia hit man as well and scheduled to testify against Mike “The Muffin Man” Moretti, who was Leo’s boss. Is Leo involved in the killings?
At first Karl thought Reynolds was the killer because of similar M.O.’s The bodies were decapitated. But they don’t exactly fit Reynolds M.O. The bodies weren’t killed behind First Impressions but dumped there and their bodies were drained of blood. Reynolds never moved the bodies or drained them of blood before going to prison.
Then we come to Leo, could he be a suspect? These killings definitely do not fit Leo’s M.O. If he’d done it, they’d be in a meat freezer in another state. Leo wouldn’t be stupid enough to dump his victims in his own back yard.
So, who is killing people, decapitating them, then dumping them in the back yard of First Impressions? Another mafia rival trying to frame Leo? Could it be one of the employees of First Impressions? Could it be a David Reynolds copycat? Read the novel to find out!