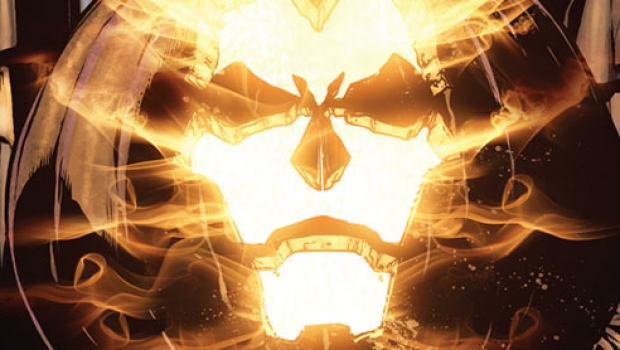 Halloween is coming – and it’s about to hit the Valiant Universe like a ton of bricks!

After witnessing the origin of all Shadowmen past and present in Shadowman #10, follow Jack Boniface into his first Halloween in the Valiant Universe! It’s All Hallow’s Eve in News Orleans – and Shadowman’s about to find himself alone on the job, standing guard on the most dangerous night of the year. Still reeling from the fallout of his cataclysmic battle with Master Darque, can Jack go it alone and protect his city from the legion of evils that haunt the Halloween night? By popular demand, it’s a special October tale for Valiant’s nocturnal guardian – and a perfect jumping-on point for new readers!

“Halloween mixes in well with the supernatural action and voodoo that drives the series and this issue uses the over the top Halloween revelry in New Orleans as a backdrop for an action-packed caper,” Zub told the New York Post. “On a night where everyone is in costume and the imagery of death and the supernatural is all over the place, Shadowman can operate a bit more ‘publicly’, but the seasonal chaos also presents a whole other set of challenges.”

This October, evil has its day. Ride along when Shadowman confronts Halloween’s worst horrors in Shadowman #11 – by acclaimed creators Jim Zub and Miguel Sepulveda

For more information on Shadowman and the rest of the Valiant Universe, visit Valiant on Facebook, on Twitter and at ValiantUniverse.com

Cover by MARCUS TO