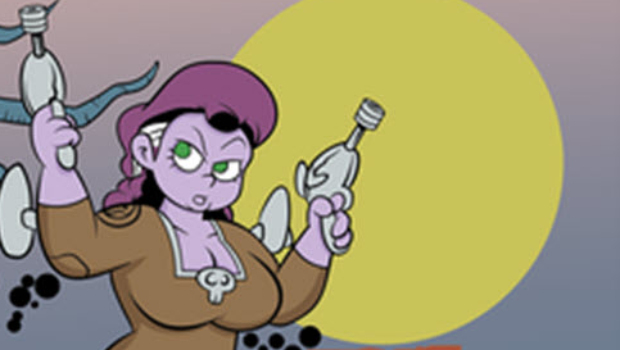 Swirling out from the shadows and into the night comes the newest release from Sugar Skull Media, the Halloween Man: Bat City Special. Named one of the “The Year’s Quirkiest Crowdfunded Comics” by NPR, Halloween Man follows the off-beat Texas-based adventures of Solomon Hitch, a flesh-eating zombie superhero along with the love of his life, the glamorous mad scientist, Dr. Lucy Chaplin as they battle everything from space dwarves, to vegetarian vampires and even the Loch Ness Monster!

The all-new five story special brings together an all-Austin based creative team headed by writer/creator, and born and bred Texan, Drew Edwards who embodies that unique blend of Austin weirdness, dark humor and heart. The issue veers from the usual path of inspiration it’s followed for the past 18 years. “I tailored the Bat City Special to each artist’s individual request of what they would enjoy drawing, then the stories were crafted from there.” says Edwards. “They range from the absurd and absolutely ridiculous to the extremely personal with a couple being quite dark. But that’s who I am. I was involved in a car accident which killed my twin brother and it left me shattered with guilt, rage and loss. But in 2009, I moved to Austin and my luck changed, I found the love of my life yet through it all was Halloween Man. This comic has literally been my own personal form of therapy for years.” 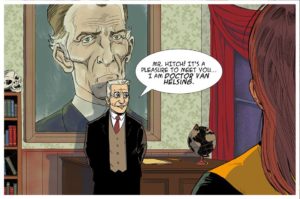 The roster of Austin artists include Shane Campos, Paolo Hernandez, Joey Muerto, Dan Price and John Gholson, featuring striking pinup art from acclaimed cartoonist, Jeremy “The Artist” Martinez and a stunning hand painted cover by Pop art heroine, Lou Ponns who brings even more chutzpah and heart to the Special as an artist currently fighting for her own sight as she battles glaucoma.

Story Overviews
The Bride of Gorilla-Stein: Art by Shane Campos
That monkey of menace, Gorilla-Stein is out to make the citizens of Solar City go simian! Can Solomon and Lucy stop his fiendish plot? 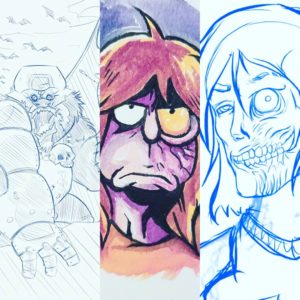 The Invasion of Robotica: Art by Paulo Hernandez
Alone in the depths of outer space, Dr. Lucy Chaplin defends Earth from a horde of cybernetic invaders led by the evil “Queen of Metal.”

Man-Goat vs. Chupacabra: Art by Joey Muerto
Set in the “Meat Goat Capital of America,” Goldthwaite, Texas, the lusty son of Pan, Man-Goat battles the legendary folkloric figure of the Southwest, the Chupacabra atop the formerly dormant volcano, Pilot Knob.

The Inhuman Condition: Art by Dan Price
A dark and stormy night brings Solomon into the sewers underground where something grotesque and twisted lurks, reflecting the monstrosity that lives within Solomon’s own soul.

The Doctor is In: Art by John Gholson
After years of suffering from his own mental and physical trauma, Solomon seeks the professional help of acclaimed paranormal psychologist, Dr. Andre Van Helsing. 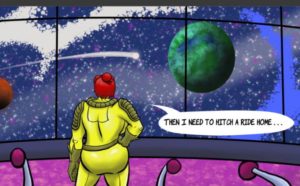 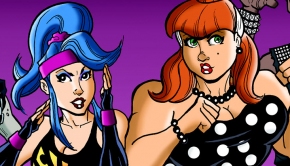