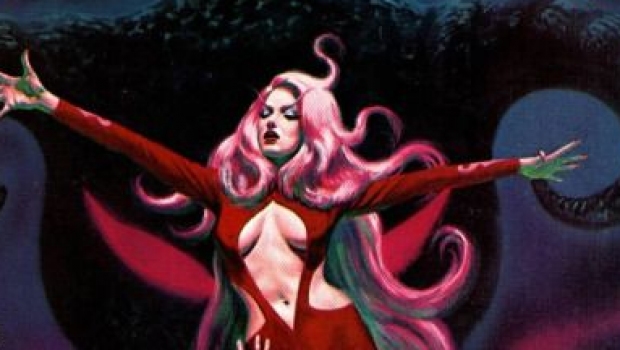 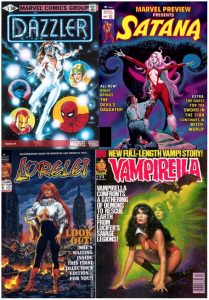 “You may not know the name off the top of your head but if you’ve been reading Marvel comics, or SF and fantasy paperbacks, for any length of time at all then you’ve seen Bob Larkin’s work…. Once I learned to recognize the style it seemed as though I saw it everywhere. At some point Bob Larkin was doing covers for everything cool I liked.”

If you’re a fan of comic books, or movies, or pulp fiction heroes, Bob Larkin is a painter whose work you recognize immediately; he’s provided covers and movie posters for just about every publishing house and film studio for more than four decades. Doc Savage, Dazzler, Star Wars, Star Trek, The Savage Sword of Conan the Barbarian, Piranha, Night of the Creeps, and The Toxic Avenger II are just some of the painted images you’re already familiar with, even if you didn’t know they were Larkin’s work. He’s been an inspiration to artists like Joe Jusko and Alex Ross. And today is his 67th birthday! 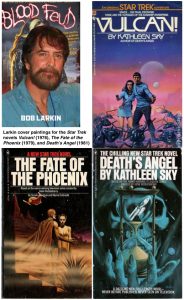 “Larkin’s importance in his field can be judged by the fact that Joe Jusko provided the introduction to [The Savage Art of Bob Larkin] and Alex Ross wrote the afterword. His paintings were very influential on the current generation of cover artists.”—ICV2

“Throughout the’ 70s and ’80s, if you saw Bob Larkin’s name on the cover to a magazine or comic, you simply had to have it. This is a guy that’s never truly received the credit for being one of the best all-time cover artists.”—Shotgun Reviews

I’ve known Bob since 1998, when as a fiction editor I hired him to paint the cover for the novel X-Men: Law of the Jungle, then again when I needed covers for my own X-Men: The Chaos Engine Trilogy. But long before that I was a fan of his work, most of which I saw on the covers of 1970s magazines like Haunt of Horror, Tomb of Dracula, The Rook, Vampirella, and Crazy, among many others. And then when I learned he also did T-shirt art for World Wrestling Entertainment (Drew Barrymore wore his Stone Cold Steve Austin T-shirt in Charlie’s Angels), not to mention designed the meat-hook tattoos for wrestler (later MMA fighter) Brock Lesner…well, could he be any cooler? 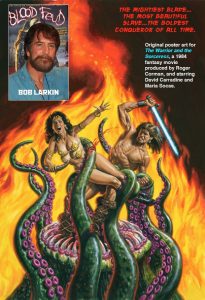 “A prolific and accomplished painter, Bob Larkin ‘owned’ the Marvel magazine format. If you’ve ever seen a circa Bronze/Modern large-sized Marvel painted cover that just took your breath away, you were probably admiring the work of Bob Larkin.”—Gotham City Art

“With his vibrant, movie-poster style, Larkin was one of the most sought-after artists of his time.”—Science Fiction Book Club 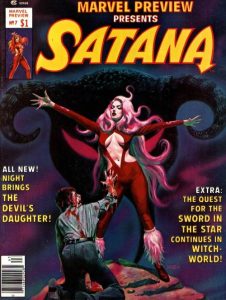 To see more of Bob’s incredible work, pay a visit to his art blog, Bob Larkin: The Illustrated Man. 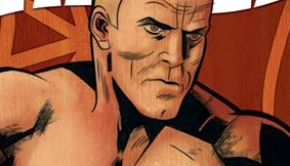 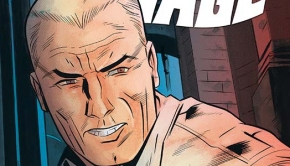