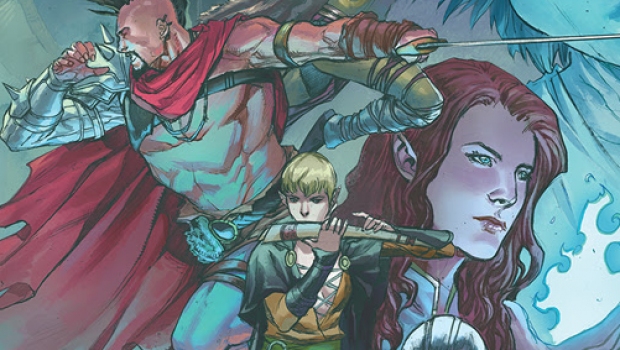 “What if the Aztec Empire defeated the Spanish Conquistadors? As a Mexican-American who has had no formal education on my indigenous background, writing this book has been very empowering,” said Barajas. “I’m excited to share some Mesoamerican history while mixing it with swords and sorcery.”

“Working on Helm has been very challenging for me because this time I am not only a colorist but also a co-creator,” said Valenza. “One of my biggest achievements in 2020 is being able to be involved in this project.”

Handoko added: “I’m having a blast working on Helm Greycastle and bringing Aztec gods to life.”

Helm Greycastle #1 will be available at comic book shops on Wednesday, April 28:

Helm Greycastle #1 will also be available for purchase across many digital platforms, including Amazon Kindle, Apple Books, comiXology, and Google Play.