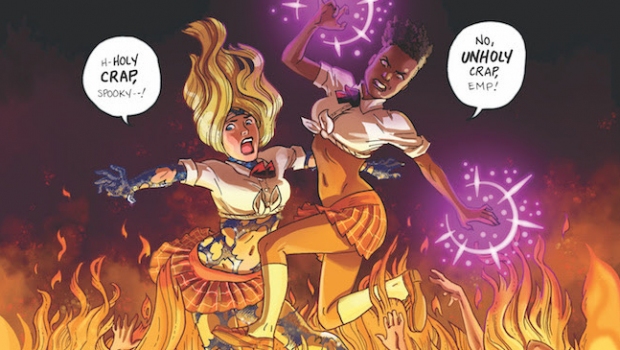 Empowered’s “frenemy” Sistah Spooky was once a schoolgirl who sold her soul for hotness, but was granted even more magic than beauty. Now, both superheroines find themselves trapped in a high-school hellscape by Spooky’s Infernal Service Provider—with her blonde ex-classmates plotting ritual murder to claim her magic for themselves! 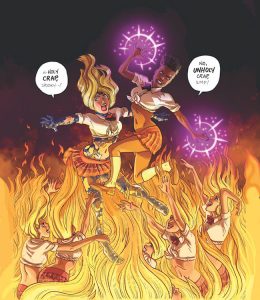 Empowered & Sistah Spooky’s High School Hell #1 is on sale December 20, 2017 and is available for preorder at your local comic shop.

“Adam Warren continues to beat the odds and persists in getting better and better with his spicy superhero romp.”— Popdose.com

“A sort of R-rated sitcom exploring geek culture from the inside out, full of exploitative, titillating imagery, but it also features the healthiest and the most realistic romantic relationship in any comic book featuring capes and masks.”— Las Vegas Weekly

“How can it be that I, a young feminist woman fed up with sexist superhero tropes, love Empowered?”—Comics Alliance