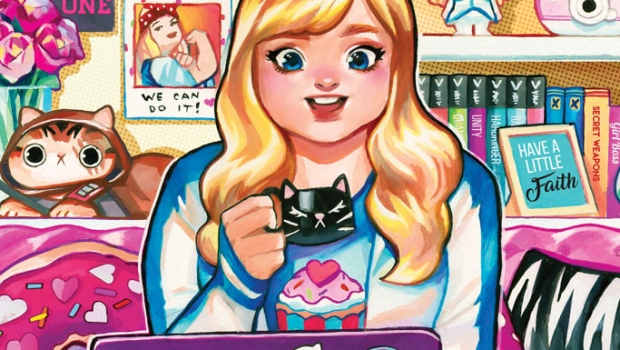 Valiant announced that April’s FAITH #10 will begin the FIRST ISSUE of “THE FAITHLESS” – a sinister new jumping-on point introducing The Faithless, a terrorizing team of foes sworn to eliminate the one and only Faith “Zephyr” Herbert! On April 5th, join acclaimed writer Jody Houser (Mother Panic, Star Wars: Rogue One) and stratospheric artists Joe Eisma (Archie, Morning Glories) and Marguerite Sauvage (Shade The Changing Girl) as they send Valiant’s high-flying hero headlong into a deadly gauntlet of unstoppable adversaries hellbent on wreaking revenge and ruin!

“Building up a unique rogues gallery for Faith was important, which was my focus early on. I always knew I wanted Chris Chriswell to come back, as he’s one of my favorite characters I’ve ever created, but a villain team-up is definitely the way HE would want to come back. So that was a big impetus for this story,” series writer Jody Houser told ComicsAlliance. “I love this evil ensemble, and working on this story is more fun than anything else.”