Felicia wants to get out of her life, as fast as she can. This is what she has always been doing, really. She left her little sister behind when walking away from her home to pursue a career whirling around a metal pole and not as a fire fighter! Felicia is in the habit of getting into trouble and her idea of getting out of trouble was always running away.

When her plane ride to freedom is crashing down, she really does not want to be there and in a sudden burst of light she emerges outside of the death-plane. Felicia’s mind quickly makes the best of her situation and she finds her way back to New Orleans; the one place she should have avoided since the reason she left soon came back to bite her in the behind.

The story seems pretty straight-forward and the bad-grrl/sexy-grrl routine is far from original but perhaps this is all that is possible for a debuting issue.

The one thing that really sets this comic apart from all the rest, however, is the artwork which at first glance needs an inker, but with a better look just makes magic.

The art is just colored so gracefully, that every panel is stunning on its own. It is not a matter of details which make the panels so lovely to look upon, but the lovely animated expression of each character which just hits a homerun. Add to that the warm, yet bright coloring and it sets the perfect atmosphere for delightful escapism.

A special mention should be made about the sound effects which are an essential part of this reading adventure. Almost every panel has a sound effect which stimulates the artwork deliciously. It gracefully supports both the artwork and the lazy laid back manner of the story employed by the writer.

This is one comic that deserves more notice, as long as there is more to the story than is shown here. Looking at the final panels, a “secret orginazation” is inserted into the plot. Although that is yet again far from original, if the art stays the same and the writer expands upon this debut, this should become a strong title in 2013. 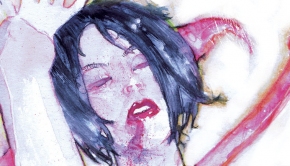 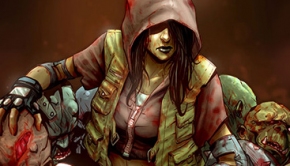 HACK/SLASH Returns with “Son of Samhain” →