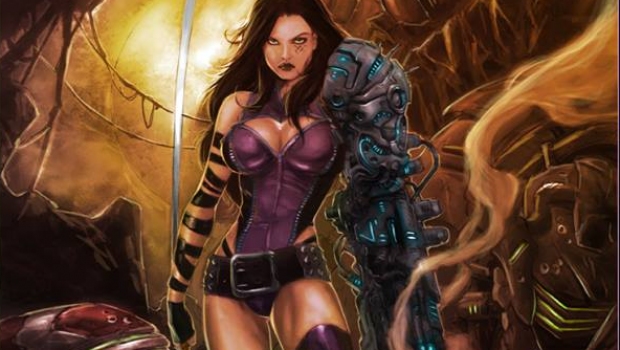 Image Comics founder Whilce Portacio Joins the already great line up of Judges for the RiotSshell contest, giving this contest 4 Judges in total making it the biggest Riot Shell contest yet!

To enter: go to www.riotshell.com click ‘enter contest‘ button & upload your art work or email it to contest@riotshell.com
Enter as many times as you like with any art style Pencils , Inks, Digital, Paints etc

Riot Shell would like to let you know that they can be reached via Facebook (https://www.facebook.com/riotshell), Twitter (https://twitter.com/riotshell) and of course via www.riotshell.com
You can now order Riot Shell merchandise via Zazzle.
You can also order the Riot Shell #0 Remastered Edition comic (creation/script by Adrian Nicita, story by Julian Lawler, pencils by Martin Möntiel, colors by Dash Martin and edits by Richard Boom) in Digital Format and Print Format via http://nicitadesigns.com/riotshell/?page_id=613

Riot Shell is the (online) comic, which has the unique ability to have the most fan-support in the business, simply because fans themselves create, support, pencil, color and  publish the comic. Nicita Design’s Adrian Nicita created a platform for aspiring comic book artists to strut their stuff and via this platform chapter after chapter will become available to the fans. RIOT SHELL lets the fans decide which page, creator and storyline will be the future of Riot Shell.