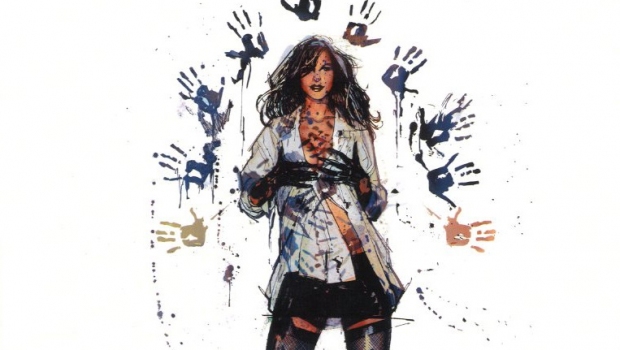 The Inkwell Awards is announcing that their annual live awards ceremony will be relocating to the East Coast Comicon at the Meadowlands Exposition Center in Secaucus, NJ, commencing May 17-19, 2019. Their awards ceremonies for the previous eight years, including 2018, were held at the June HeroesCon in Charlotte, NC.

According to Inkwell Awards founder and director Bob Almond, HeroesCon promoter Shelton Drum invited the non-profit organization to his long-running, family-friendly show in 2011. “We had been left hanging by a major convention,” Almond said, “and Shelton, who had endured similar problems, wanted to support a kindred spirit and show that this altruistic, annual event could be done and well-supported.”

Almond added, “Changing venues is both sorrowful and exciting. Our presence at Heroes’ industry-respected and community-loved show further boosted our credibility and exposure, which helped with fundraising in the long run. We can truly thank HeroesCon for where we are now. But the 16-hour drives and related travel expenses each season would leave our budget almost wiped out.” 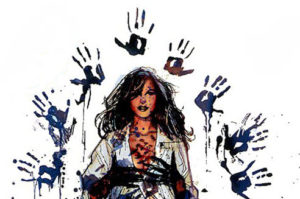 When asked about the switch in locations, Almond explained, “When East Coast Comicon promoter Cliff Galbraith offered us his venue and funding support for the expenses, we were thrilled. A mere four-hour drive is a huge relief for us. Cliff’s event began in 2011 and has grown in reputation and attendance since, from both the celebrity/artist guests and the fans.”

”It’s been eight years since Bob Almond made Heroes Con the home of The Inkwells. We have been privileged to be host to Bob and his team as they honored the true unsung heroes of comics, the Inkers. The annual Inkwell Awards ceremony– the anchor of our opening day programming– has spotlighted and awarded many of the greatest inkers in comic’s history: Mike Royer, Rudy Nebres, Klaus Janson, Bob McLeod, Jerry Ordway and Joe Rubinstein, just to name a few.

“And now Bob is heading to East Coast Comicon and taking the Inkwells with him. They will be missed, but it is wonderful knowing Bob Almond will still be at it making the world a more appreciative place for our black-thumbed brethren. Godspeed, Bob.”

Almond concluded, “Shelton graciously took us in at a low-point for me. Now, as we celebrate The Inkwells’ 10th anniversary, it’s like progressing from one chapter of growth to a new one as we boldly embark on our second decade with Cliff.”

The Inkwell Awards is the only existing official 501(c)(3) non-profit organization whose mission is to educate the public and promote the art form of comic-book inking, as well as annually recognize the best ink artists and their work. The organization is overseen by a committee of industry professionals and assisted by various professional ambassadors and contributors. They sponsor the Dave Simons Inkwell Memorial Scholarship Fund for The Kubert School and host the Joe Sinnott Hall of Fame Award.