SHUT EYE is a..." /> Insomnia to the next level with SHUT EYE from Pat Shand and Jen Hickman – Comics for Sinners
News 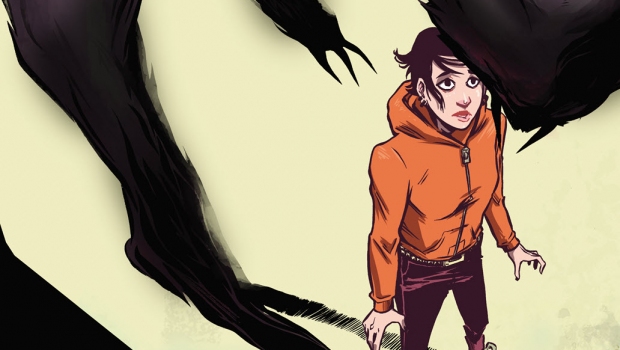 Announced last weekend, SHUT EYE is a full-color horror graphic novel created by Pat Shand and Jen Hickman, with letters by Ryan Ferrier and edited by Shannon Lee. It is coming to Kickstarter on June 1st, and will be the second book published by Continuity Entertainment.

SHUT EYE is about an insomniac named Madison Moore who uncovers a dark conspiracy at her school when she begins to see demonic shapes moving in the shadows at night. Also, it’s about love and infidelity, and the way bad choices echo.

Pat Shand was inspired to write SHUT EYE years ago, when he was plagued by what he believed, at the time, to be a ghost. At night, Shand would hear distant music — like the din of a far away radio. Shand would get up to follow the music and, just as he got close enough to almost hear the words, it disappeared. Pat Shand found out later that I was experiencing auditory hallucinations. That, paired with my fascination of polyphasic sleep cycles, led himto approach Jen about Shut Eye, then titled “The Sleep.”

Jen’s illustrations are terrifying and beautiful and aching, unlike anything perhaps ever seen in a comic. Story aside… it’s going to be an absolutely gorgeous book.

SHUT EYE is about the questions we’re afraid to ask ourselves. About the frailty of life, about the power and failings of love, and about that thin veil — sleep — that separates us from death.