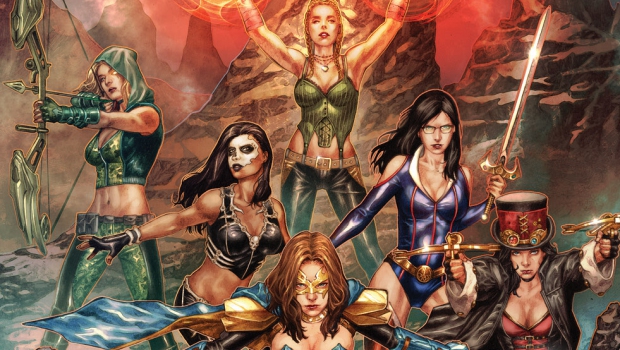 Zenescope’s Jasco game Grimm Fairy Tales One-shot is here and includes 2 UFC cards that are only available with this one-shot!

This is a can’t-miss issue of epic proportions! Two new cards included and exclusive to this one-shot, and compatible with all UFS sets & licenses!