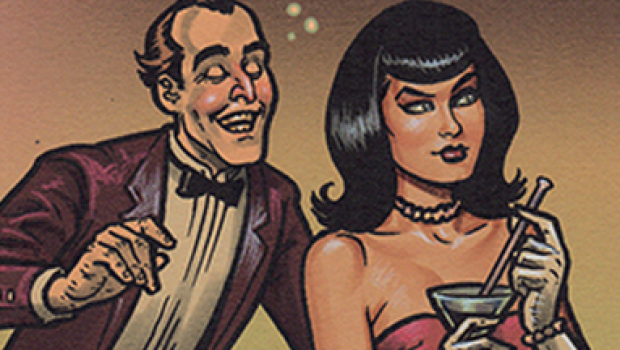 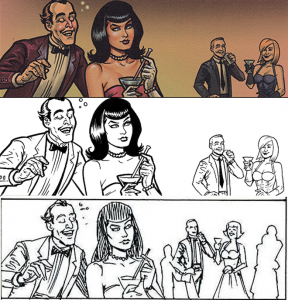 Bettie Page was born and raised in Nashville, Tennessee, and moved to New York City to pursue work as an actress during the 1950s, where she found work as a pin-up model, and posed for dozens of the top photographers of the time. Page was selected as “Miss January” in 1955, becoming one of the earliest Playmates of the Month for Playboy magazine. Playboy founder Hugh Hefner was known to think of Bettie Page as a remarkable lady and iconic figure in pop culture. Page has since proven a staple in comics, dating back to her debut in the 1980’s when Dave Stevens based the Rocketeer’s girlfriend “Betty”on the iconic leading lady.

“Bettie perfectly embodies Hugh Hefner’s original stated mission for the magazine; sex is not dirty or shameful, it’s as wholesome as the girl next door,” says writer David Avallone. “Given the long history of incredible writers who’ve been published by Playboy, I’m thrilled and humbled to find myself in those same pages.”

“Bettie Page has proven to be an iconic role model well ahead of her time,” says Janie Mackenzie, Marketing and Public Relations Coordinator for Dynamite Entertainment. “With her ambition, drive, and strength, she proved what women were truly capable of in an era when most didn’t have the option to plot their own course in the world.”

“We’ve been so honored to publish our recent Bettie Page series to such overwhelmingly positive reviews,” says Nick Barrucci, CEO and Publisher of Dynamite Entertainment. “Writer David Avallone simply nails the perfect tone, and artist Joseph Michael Linsner has brought his uncanny ability to capture the spirit and beauty of his characters to this new exclusive issue. It’s exciting to see Ms. Page brought back to the pages where she first made her name.”

Playboy’s November/December 2017 issue is available for download at Playboy.com, and hits newsstands nationwide on October 31, 2017.