Comics For Sinners is always on the hunt for contributions to the site, as guests or regulars, be it with a one-essay, a review on comics, dvd’s, television series or blockbusters, joining the news-squad, writing a column or conducting an interview. If you are interested in becoming involved with this exciting pop culture website, here is your chance!

Just for the record: all positions are volunteer positions. The staff runs this site because of the love for comics, pop culture, games, movies, television and geekdom.

Comics For Sinners will entertain you with free review copies (PDF and sometimes Hard Copy), press passes to shows you would like to attend, movies on fancy discs and more. The posts you write are yours to do with as you please, so feel free to put them also on your own website.

Comics for Sinners is run by the one and only Richard Boom. You can reach him at boom@comicsforsinners.com or find him on Facebook. Read his bio if you want to know what makes him tick. 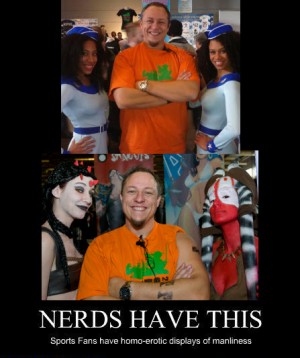 The driving force behind the website is Richard Boom.

Richard’s love for the BadGrrl/GoodGrrl genre (as confessed here and here) started way back in the early 90s when he discovered some Harris Vampirella comics, as well as jumping on board of the train called Image Comics, with lovely titles such as Witchblade, Darkchylde, Avengelyne and many more.

In 2001, Richard started BadGrrlFanClub via Yahoo Groups, where he distributed all the news about strong female persona’s and gathered a wide following.

After taking those first steps, Richard increased his presence in the world of comics, from working at conventions (F.A.C.T.S.) to Headlines Editor at a comic book news site (Broken Frontier) to even get in the comic business itself doing PR work and helping artists around the globe find gigs (via Boom Art Department) and editing comic books (Nancy In Hell On Earth, Rogues!) and translating Ravine, Tomb Raider and Dragon Age.
Richard currently is also working on a comic book series and art book, based on his favorite sketchbook theme, Hot Mummy! 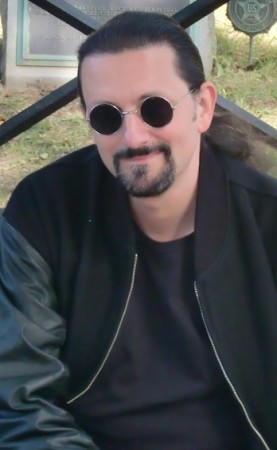 When not reviewing comics and graphic novels for C4S, Steve is the owner/publisher of, and main writer for, StarWarp Concepts, an indie publishing house that specializes in horror and dark urban fantasy novels, comics, and graphic novels. Its main characters are Pandora Zwieback, a teenaged Goth who fights monsters; and Lorelei, a succubus whose adventures are inspired by 1970s horror comics like Vampirella, Tomb of Dracula, Satana, the Devil’s Daughter, and many others.

Steve is the critically acclaimed author of The Saga of Pandora Zwieback novel series, and the bestselling author of the novels X-Men: The Chaos Engine Trilogy and Final Destination: Dead Man’s Hand. His short fiction has appeared in the anthologies Best New Zombie Tales 2, The Dead Walk Again!, Doctor Who: Short Trips: Farewells, Untold Tales of Spider-Man, The Ultimate Hulk, If I Were an Evil Overlord, Lorelei Presents: House Macabre, The Vampire Almanac 2, Tales of the Shadowmen 4: Lords of Terror, and Urban Temples of Cthulu. He also wrote the comic books The Saga of Pandora Zwieback Annual #1 and Stan Lee’s Alexa; the graphic novels Lorelei: Sects and the City, Lorelei: Building the Perfect Beast, and Sunn; and co-wrote the Marvel Comics animated short film X-Men: Darktide.

Outside of comics and writing, you’ll usually find him watching Doctor Who, The Flash, Elementary, Better Call Saul, and New York Mets baseball games, and checking out the latest superhero movie.

Kevin is a Speech/Communications major from the University of Maine System.

He has studied with the Longridge Writers Group and Writers Boot Camp.

Kevin is the author of the Karl Vincent Vampire Hunter series which includes the comic book series and the novels Last Rites: The Return of Sebastian Vasilis and Foul Blood.

Kevin’s love for comic books began when he was 5 years old and picked up his first Fantastic 4 comic book and he became hooked on Marvel, collecting such titles as “Hulk” “Tomb of Dracula” “Spiderman” but he also collected DC’s “Batman” Charlton’s “E-Man” and Gold Key’s “Star Trek” among other’s.

Kevin isn’t very pleased with the big two comic companies Nowadays so he primarily sticks with independent and small time publishers. He’s glad that he can still read “Star Trek” comics thanks to IDW and follows a few of the franchises like “Dark Shadows” and “Planet of the Apes.” 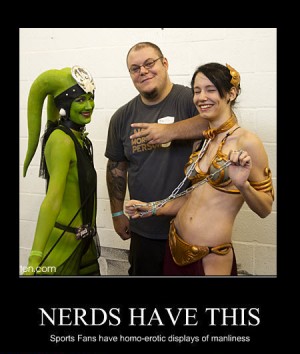 Smart ass, know-it-all, usually right, world traveller, photographer, down to earth. These are some of the words that can describe Ron. At least, after censoring all the naughty words from that list.

Ron’s love for comics started with the Dutch Return of Superman. spurred by the questions about how Superman can be killed, he hunted down the comics that had the Death of Superman story. During this he rediscovered the X-Men and a new love interest was added.

Ron finally found a way to get to Rotterdam every 2 weeks and hit up the comic book shops there. X-Men, Spider-man, Avengers, and some Image comics like Gen-13.

He combines his love for comics with being a yearly volunteer at FACTS at the artist alley.

Aside from comics he spends his time doing photography for his own site (www.ronvanrutten.com) and his side project with writer O.C. Hart called Story Volumes (www.storyvolumes.com), showcasing creative Dutch with international aspirations and/or careers.

His other interests are movies, well written tv-shows and gaming.