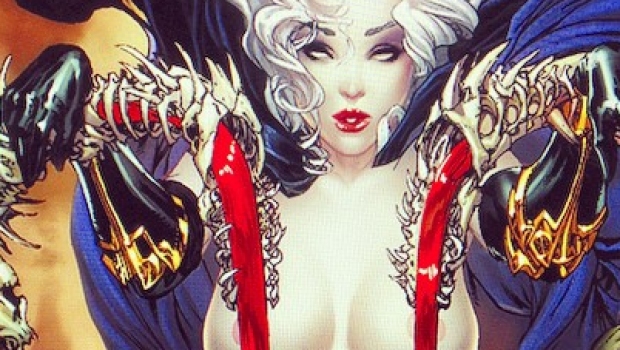 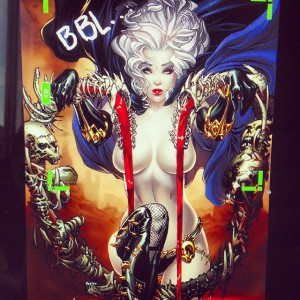 Coffin Comics announced today that a brand new Lady Death story entitled Chaos! Rules will debut in 2015 as creator Brian Pulido’s first original story to be independently published in over a decade. An exclusive Kickstarter campaign for this project will be launched on February 4, 2015.

Story: Awakened from a spell-induced slumber, Lady Death is out to exact bloody vengeance. Who among her depraved enemies is responsible for robbing the last two decades of her existence? Let the hunt begin! Featuring the alluring and cruel diva of death as only creator Brian Pulido can write her. Chock full of sex, violence, epic clashes and very, very bad behavior.

“If you haven’t read Lady Death in a while, I cordially invited you to get Chaos Rules,” says Lady Death creator Brian Pulido. “This is a wild quest chock full of twists, turns and surprises. It is a vision of Hell never seen before in a Lady Death comic and it is ground zero for all the new Lady Death stories to come from my fevered mind – and with Kickstarter, there is no one between you and me!”

Experience the most authentic Lady Death comic since 2002! Stay tuned for more preview art, interviews with the creative team, Kickstarter reward artist announcements and much, much more! Did we say much more? Yeah, much more! 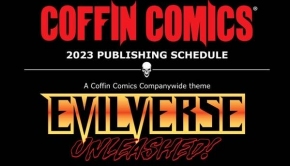