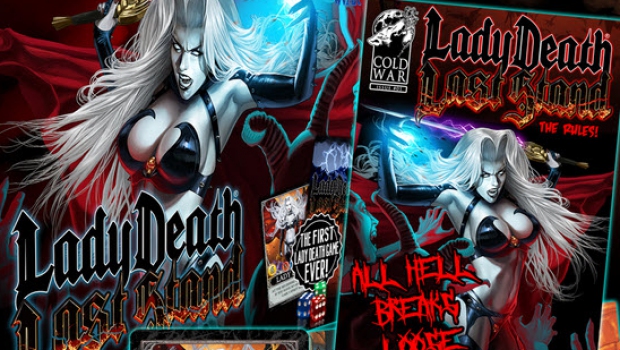 Lady Death has been an icon of the comic world for over twenty-five years, and for the first time ever she will be featured in her very own tabletop game. Gamers can play solo or cooperatively as Lady Death or one of her companions as they battle waves of demons invading from hell.

The basic game will include 176 cards and 18 dice, which add up to 60 encounters in five tiers of difficulty. Lady Death: Last Stand is brought to you by Cold War Inc., the same company that created the games Squarriors: The Card Game and Fight Your Friends.

The writers and artists of Cold War Inc. are excited to share their latest project with the comic world.

We invite you to back this project now on Kickstarter: http://kck.st/33yOqAx