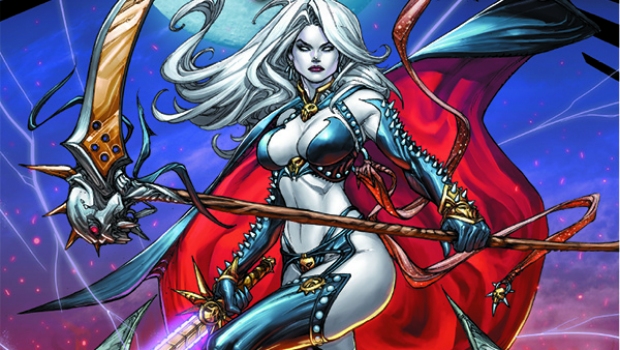 If you collected comic books in the nineties, you heard of Chaos! Comics. Love them or hate them, Chaos! drummed up lots of noise with its outrageous mixture of horror, rock ‘n’ roll and wild antics. Brian Pulido, the man behind Chaos! Comics, is returning to the comics market and from the looks of things, he’s still rocking.

Recently regaining sole ownership of his flagship character Lady Death, Pulido has launched a new publishing imprint, Coffin Comics to tell her tales – and then some. “I’m totally excited to be reunited with Lady Death and we are ready to unleash her upon an unsuspecting public,” says Pulido. “Lady Death will be the cornerstone of a new universe of supernatural characters and epic storylines. I’m fired up and ready to go!”

In Chaos Rules #1, Lady Death is awakened from a twenty year, spell-induced slumber. Who among her depraved enemies is responsible? How long until she exacts bloody vengeance? Pulido says the story features sex, violence, epic clashes and very, very bad behavior.

Lady Death was created by Brian Pulido and debuted in Evil Ernie #1 in 1991. The first Lady Death solo series debuted in 1994. Since then, Lady Death has appeared in over 100 comics in eight languages, selling over 20 million copies worldwide.