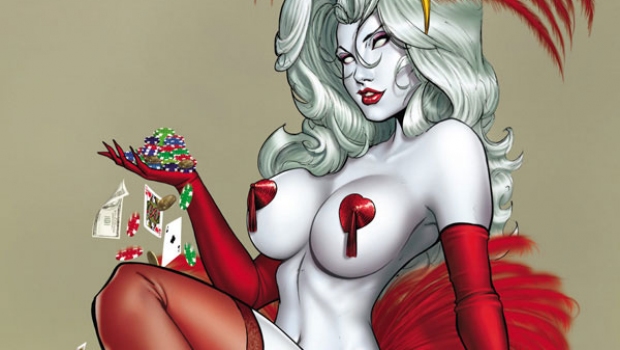 The highlight for this year’s show is Lady Death: Dark Millennium #1 – Las Vegas Edition, which features cover art by Mike DeBalfo and Sanju Nivangune. This edition is enhanced by real Swarovski crystals, designed and applied by Francisca Pulido. Las Vegas will be limited to 88 serially numbered copies!