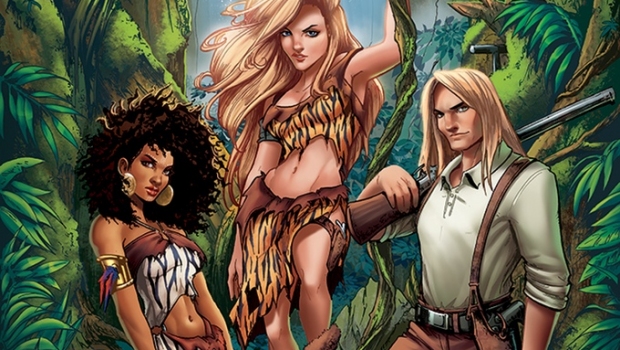 August 6th, 2016 will start a new phase in the creative output of Big Dog Ink by diving into the ever growing world of Kickstarter. Tom Hutchinson and Jen Broomall are co-creating an ALL NEW title and offering exclusively through Kickstarter.

Lights…Camera…Jungle! is a slice of life story about Laura McAllan who is given the opportunity to audition for the sidekick role in a jungle girl television series based on a 940’s comic book. But wait…that’s not all!
This huge 48 page book also contains two “episodes” of the television series that the diverse cast of characters is filming! That’s two stories in one! All the drama and pop culture of Hollywood wrapped in the warm tortilla of the Jungle Girl genre!

Lights…Camera…Jungle! has as diverse a cast of characters as there ever has been in a comic book! From the jungle girls AND boys (you’re welcome ladies) in front of the camera, to the finicky directors and producers who are in charge of this low budget television show based on a comic book from the 1940’s. Who’s dating who? How did HE get that part? Who put HER in charge? And where’s the lion? We need him on set! Oh and did we mention the leopard skin costumes? Zebra too.

No animals were harmed in the creation of this jungle based comic book, though. In fact, the animals were all handled with tender loving care, especially when the director got a little too loud.

Tom created the story and he recruited Jen for both character design and interior art! That’s right! This is Jen’s first complete interior work on a comic book, and it’s beautiful. But Jen is also part of the writing team now, and has added that special Diva polish to the story, and only she could. Beware boob jokes. Just an FYI.

Joining Tom and Jen is Ceci de la Cruz on colors and HDE on letters. There will also be 5 variant covers all limited to only 200 copies. Artists include Sam Sawyer (her first BDI cover), Ryan Kincaid (also his first BDI cover) Shannon Maer, Natali Sanders and Rob Duenas. 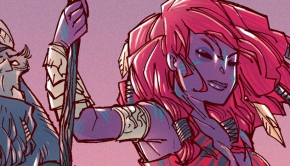