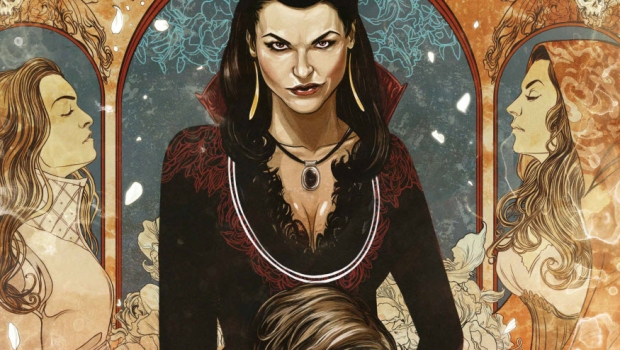 Dive into the immersive world of ABC’s Once Upon a Time like never before as Marvel Entertainment and Disney-ABC Television Group are proud to unveil Nimit Malavia’s cover to Once Upon a Time: Shadow of the Queen! The first official graphic fiction tie-in to the hit ABC Studios series takes fans deep into the world of Fairy Tale Land, where  the fabled storybook characters we all grew up with are real, with the forces of good and evil locked in an epic struggle!

Plotted by series writer & co-producer Dan Thomsen, co-written by Corinna Bechko (Planet of The Apes), this landmark release fits into the official continuity of Once Upon a Time and features the lush art of Nimit Malavia, Vasilis Lolos, Mike Del Mundo, Mike Henderson and more.

The Evil Queen has, quite literally, captured the Huntsman’s heart — and now he’s her slave.  This is the never-before-told tale behind their twisted relationship — and what happens when a good man is forced to do bad.

When Regina cooks up yet another devious plan to capture Snow White — this time by allying with a pack of power-hungry werewolves — the Huntsman comes face-to-face with his past — and an independent spirit in Red Riding Hood that just may match his own.  Can these two break free of the forces that bind them and save Snow White?  When put to the test, where will the Huntsman’s loyalties lie?  Has the Evil Queen stolen his heart in more ways than one?

Tags: abc, marvel, Nimit Malavia, once upon a time 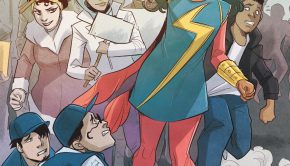 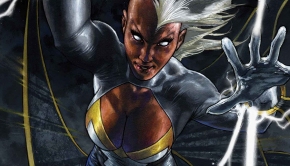