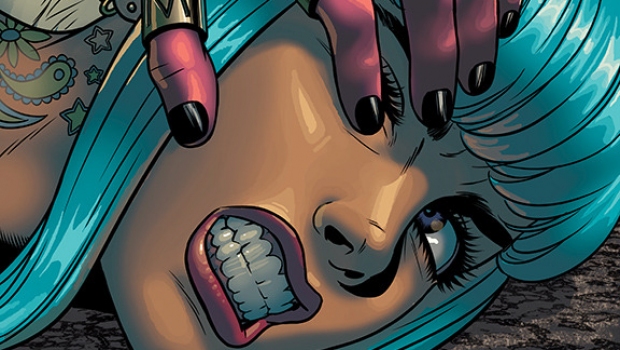 Mercy Sparx, a Devil secretly working for Heaven, lives amongst us on Earth with the ability to switch to a human form. Her task? To hunt down angels, also living amongst us, who have defected from Heaven’s army. Mercy herself was drafted into this fight, and bides her down time on Earth swigging whiskey and getting in fights. Somehow, thanks to help from her roommate/partner Hank, and his angel-ass-kicking gadgets, she pulls it off. Or at least she has for now…

Creator/writer Josh Blaylock & artist Matt Merhoff launched the new ongoing series last Summer, and now we’re asking for your help to keep the book going for another three issue round.

The launch was made possible by a successful Kickstarter campaign through Devil’s Due, which fulfilled all of the backer rewards and distributed the series into stores nationwide. We still need your help, though, as our loyal fanbase is still growing, and we’ve VERY close to getting this book over the tipping point where its regular monthly sales will allow it to support itself, but we’re not quite there yet.

Devil’s Due will continue to publish the series and release it to stores IF we can keep it going. But this book takes a lot out of the creators, taking up the most amount of time from artist Matt Merhoff, and your pledges will help him to continue knocking out those beautiful sequentials. This will also help us adjust for increases in production and advertising costs that hit us towards the tail end of the previous campaign.

So alas, Mercy, despite its success to date, still needs your help!

While reaction and reviews have been great, this is still our little baby and it needs some TLC. We’ve been plugging away at issues (Issue 4 is complete and ready, Matt’s drawing issue 5 and Josh is writing issues 6), we need your help to see this series through and go to press.

That’s why we’re ready for round 2. If just a small portion of Mercy’s readers come through, we’ll be able to produce the next three issues of Mercy Sparx, which also gets us enough to produce the trade paperback collection, more digital issues for sale, and we’ll be that much closer to building a self-sustaining series, and get them into comic shops nationwide through Devil’s Due. 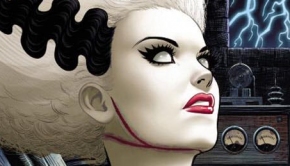