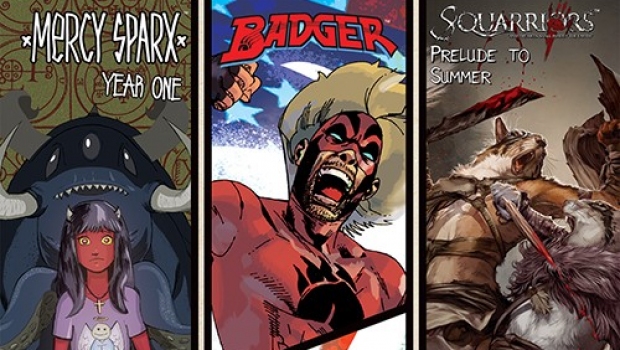 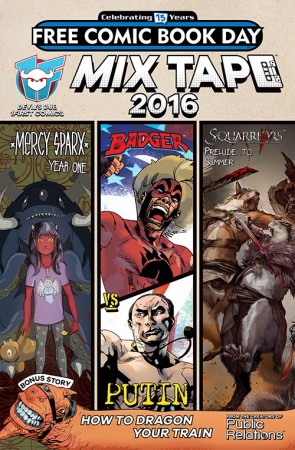 We’re excited to finally announce that Devil’s Due will be returning to Free Comic Book Day in 2016 with FCBD Mix Tape 2016 for all to read for FREE. The collection of shorts includes a peek into Mercy Sparx’s youth from the upcoming Year One story, and an all new and SQUARRIORS short story featuring never before seen characters. From 1First Comics, Mix Tape 2016 features a battle between Badger and everyone’s favorite world leader as well as a Public Relations short on dealing with a PR disaster that involves, of all things, some hungry underfed dragons. 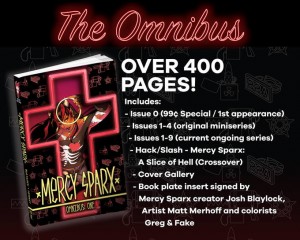