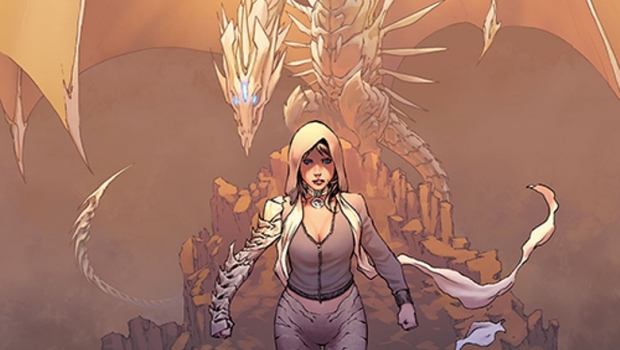 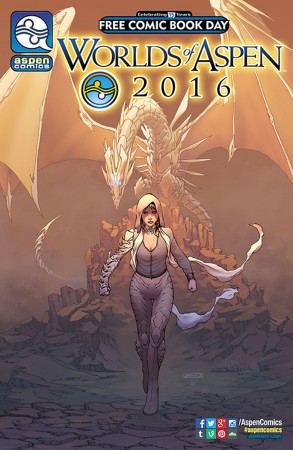 With the announcement of Diamond’s Free Comic Book Day releases for 2016, Aspen Comics has announced the publisher’s offering, Worlds of Aspen 2016, as a precursor to an all-new summer crossover event combining Aspen’s two flagship titles, Michael Turner’s Fathom and Soulfire, for the first time ever.

For over a dozen years since its inception, Aspen Comics fans have experienced both titles as standalone properties existing in separate universes. Now, however, the publisher is listening to overwhelming fan response and merging both worlds into one cohesive universe—with more titles soon to follow. Aspen has also debuted a new Aspen Comics logo, cover dressing and branding to coincide with this new direction for the publisher.

Eisner, Harvey and Emmy award-winning writer Joshua Hale Fialkov and New York Times best-selling author J.T. Krul are teaming up to write the offering, Worlds of Aspen 2016, a new Free Comic Book Day 2016 exclusive zero issue kicking off the crossover, to be followed by the event series beginning in June 2016, along with more news to be revealed. Artist Jordan Gunderson of Aspen’s The Four Points and Executive Assistant: Assassins titles will take on art duties for the event.

Aspen’s Worlds of Aspen 2016 will be available at all participating stores on Free Comic Book Day, May 4th, 2016, and will be supported with multiple trade paperbacks and related products to be announced by the publisher in the coming months. For more information on Free Comic Book Day 2016 please visit: www.DiamondComics.com or browse through the C4S website.