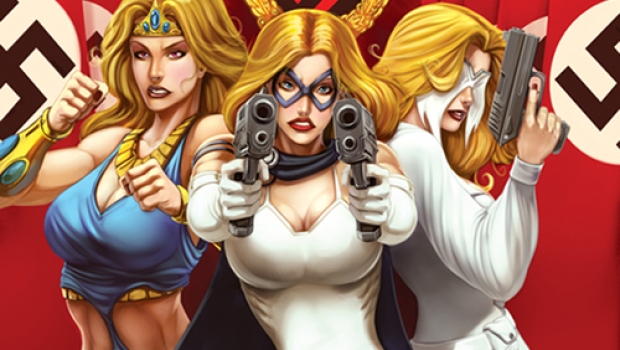 It’s Coast to Coast action, adventure, romance, and intrigue as Pulp’s #1 Adventuress, Domino Lady teams up with the Golden Amazon and The Veil to thwart a killer, stop a nefarious Nazi plot, and uncover mysterious happenings on big Hollywood movie set. When just one hero isn’t enough, Domino Lady and her companions come together to get the job done. 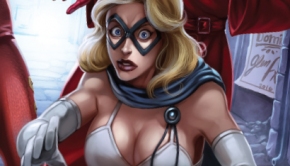 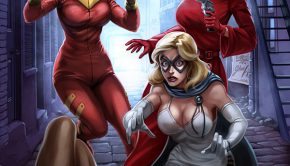 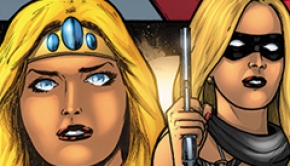