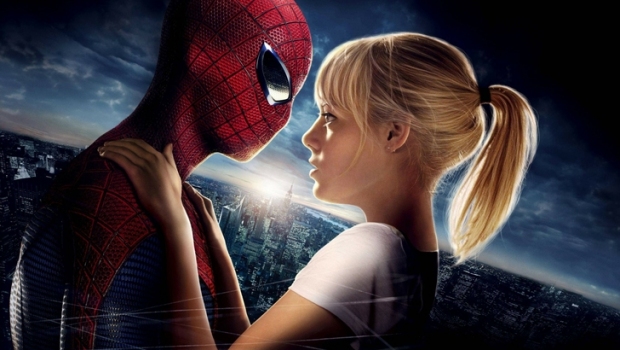 Whatever chance this sequel could be terrible and in that sense massacred in this critic… that is NOT going to happen. Sure this movie is over-the-top and sometimes lacks a real story, but in essence this movie resembles everything a fanboy and fangirl needs! High-end drama, amazing sfx, great characters and actually great acting.
It really hits every mark necessary in enjoying a cool action movie, even though it sometimes lacks sincerity.

The best reason for watching this movie for me actually was the damn-fine charming, fresh and witty take on Gwen Stacy, courtesy of that amazing Emma Stone. Not only does she merge with every scene with the adorable and sobbing Andrew Garfield. Garfield amazed in the first take, and in this second he got even more intense and brooding (perhaps too much) mainly due to the ghost of Gwen’s dead father (Denis Leary… wow) who keeps popping up at places.

Peter has promised Mr. Stacy to keep away from Gwen but since that is impossible (young love) he starts with a long teen-drama experience. He keeps following her around the city, protecting and watching her from a distance, only pausing for fighting crime and rescuing folks.

In the meanwhile the city is falling apart, mainly due to the new supervillain Electro (played very insanely by Jamie Foxx) who is an intense, odd, weird nutcase who adored Spider-Man but when becoming electrified gets all mental and decides Spider-Man must die.

The SFX of Electro are stunning with every muscle and spasm rendered as a current and even though the character is too one-dimensional and monotonous, he serves his purpose as villain, especially once he is easily being manipulated by the rich young Harry Osborn (Dane DeHaan in a really intense role)  who has his own mentally-challenged psychotic beef with the Spider-powered guy!

Between all the spiraling storylines and exploding SFX-moments, we get a lot of really great flashbacks about the deaths of Peter’s parents and what is striking is that these moments as well as moments when only Gwen/Peter are together without SFX… this is the best and most moving part of the whole movie!

Sure it needs the action-stampede of SFX, since this is a movie, a franchise, an action-flick etc. but the stuff that really gives heart to the movie are these precious moments… Parker’s parents, Peter having a talk with Aunt May about life and love, the graduation-scene with Peter and Gwen talking about a news headline.

And then came that ultimate moment… that moment in which all fanboys and fangirls cried out in comics. And now we get to see it in live action with full SFX and with just the right amount of despair, figments of hope and utter sadness. This scene is the one that made me cry out, as I really did NOT want this happening. This scene was hard in the comic and I would have loved a different ending even though this scene is too important to NOT have happened.

I cried, I really did… 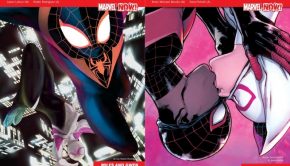