“You wouldn’t..." /> Movie Review: Joker: the best film based on a comic book, period! – Comics for Sinners 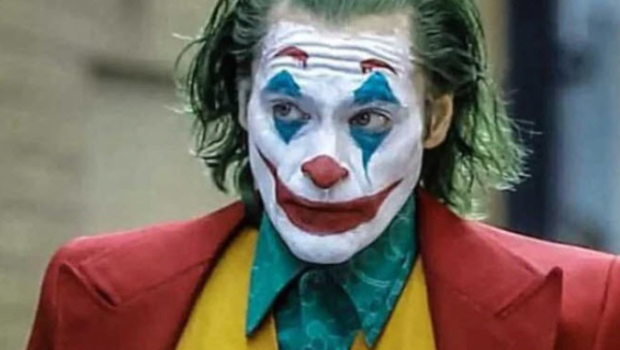 Movie Review: Joker: the best film based on a comic book, period!

“You wouldn’t get it” – Arthur Fleck.

Arthur Fleck (Phoenix) appears to be slightly off-kilter, a couple of cans shy of a six-pack if you know what I mean. His character lives in one of the poorest sections of Gotham in a tiny apartment that he shares with his mother. Fleck is obsessed with a late-night talk show The Murray Franklin Show. He even sits in on the taping of the show from time to time.
Throughout the film, he slowly learns the truth about his past, which isn’t the rosiest picture we could paint to put it as politely as we can. The boy probably shouldn’t be alive with what he’s been through. >SPOILER ALERT<

As always, I’ll try to give you a picture of what’s going on without giving away too much. It appears that Arthur’s mother once dated Thomas Wayne, but we’re never sure if this is reality or her deranged fantasy of a life since her elevator doesn’t quite reach the top floor either. It is clear that she did work for the Wayne foundation at one time as Thomas Wayne knows who she is. At one-point, Arthur is convinced that he is the son of Thomas Wayne, which, if true would make him Bruce Wayne’s half-brother, but again is this the real life? Is this just fantasy? Caught in a landslide, no escape from…alright, I’ll stop.

At one point the impressionable Fleck gets his hands on his mother’s Arkham hospital records and discovers even more disturbing memories that he likely repressed, as most people would if that happened to them and explains why he is never quite a sane person, but with each revelation of his life, we see him unravel a little bit more. A young boy crying out to…someone, needing some kind of parent figure and therapy that he never gets.

This Joker, like in The Killing Joke, tries his hand at stand-up comedy and does get his big break, an appearance on the Murray Franklin Show. As you might imagine, his performance doesn’t go that well. This is the culmination of the film and its shocking conclusion.

My review: One word, brilliant! Only that’s an understatement. Not only is this film the best movie based on a DC comics character it’s the best film based on a comic book, period! And there’s nary a superhero in it.  After years of underperforming box office and less than stellar reviews for most of their cinematic universe, the DCEU finally unravels the last ten years of the MCU with one brilliant piece of film making. Marvel movies are beginning to show a trend of putting humor where there should be none. It’s like they’re becoming afraid to empathize with their characters and they’re afraid to let a genuine emotion shine forth. The biggest culprit being Thor: Ragnarök. Don’t get me wrong, I love that movie, but do we ever get to see Thor choke back the tears as his homeworld is being destroyed? Just one brief moment of the character feeling that loss would have made the movie a hundred times better than it was. But now we come to a movie that balances humor and pathos and we genuinely feel sympathy for the main character. He’s Travis Bickle in Taxi Driver, (a film that this heavily borrows from) Malcolm McDowell in A Clockwork Orange (my favorite movie of all time, if anyone cares.) Woody Harrelson in Natural Born Killers and Jack Nicholson (another Joker, in a film that may have won him that part) in One Flew Over the Cuckoo’s Nest, Hugo Weaving in Vfor Vendetta. Phoenix’s performance is so unnerving that it will literally send chills down your spine. You can’t help but look at the people in his life that should have been molding him, notably his own mother, and yet, he is ignored and allowed to sink to depths that no human being should be allowed to sink to. Phoenix is destined to at least be nominated for an Oscar, and if he doesn’t take home the statue, then I will have lost all faith in the awards show.

When I first read what they had planned to do with the character I was concerned, I had faith in Phoenix to nail it. But what story were they going with? Who is Arthur Fleck? I was expecting Jack Napier. How the hell did he become the Joker before Bruce Wayne became the Batman? It looked like another In name only type of a movie (Speedracer, anyone?) where the main character only bears a slight resemblance to the comic book (another trend that Marvel seems to be going for, more on that in my next article.) And what’s with that make-up? Blue Diamonds! Those should be black diamonds. But boy was I wrong. This film hits all the beats I would expect in a Joker movie. And the ending was a pleasant surprise, they didn’t do a Tim Burton and have the Joker kill Thomas and Martha Wayne. Was it Joe Chill? It could be. The film lets you decide. In an offbeat sort of way though Arthur Fleck is responsible for the Wayne’s deaths. And that leads me to another point I want to make. Another performance that blew me away, no, not DeNiro. It was Brett Cullen, Thomas Wayne. I always thought that character was too idealized in the comic books, but I understood why. We were getting the interpretation of Thomas Wayne through the idealized eyes of a ten-year-old boy that witnessed the murder of his parents. Of course, he’s not going to know or think anything bad about them. And no one in their right mind would give a ten-year-old any reason to think ill of his father, possibly scarring his psyche (the murder alone would be enough to do that.) But we see a Thomas Wayne with warts and all, he’s neither an angel or a devil, just your average egotistical millionaire that thinks his crap don’t stink.

All in all, an incredible, Oscar-worthy, film going experience which, just like Heath Ledger’s Joker did, will change the face of comic book-inspired movies forever. As I check the Rotten Tomatoes sight with its just barely fresh rating, I understand, Arthur Fleck’s “You wouldn’t get it,” isn’t just for one of the characters in the movie, it’s Joaquin Phoenix understanding where the movie critics, who are wrapped around Disney and the MCU’s little finger are, confused as to the progress which has happened before their eyes. ***** (10.0 rating) 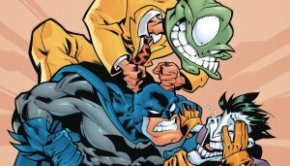 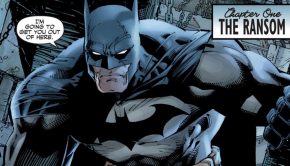 Given to Me: Batman V Karl Vincent: The Joker: I Vampire →