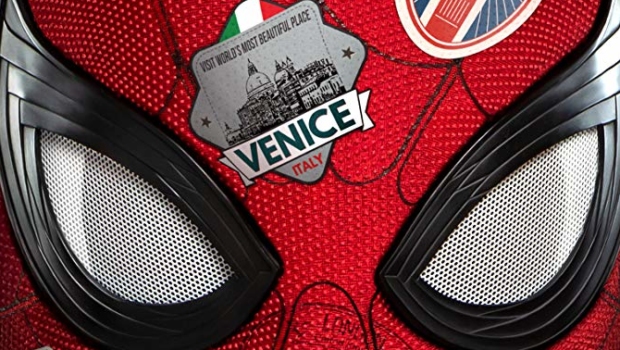 I’ll try to do this with few spoilers, but no promises. Nick Fury (Jackson) and Maria Hill (Smulders) are investigating an attack by a mysterious elemental creature. Another “hero” arrives in the person of Quentin Beck (Mysterio, Gyllenhaal) and helps in the fight against this new threat. Meanwhile, Peter Parker (Holland) is back in school and dealing with the culture shock from being absent after the “blip.” Peter Parker’s romance with MJ (Zendaya) is blossoming and he’s trying to live life as a normal teenager, despite his superpowers. More elementals attack and the search for a successor to Tony Stark continues. Nick Fury begins to groom Beck for the role. And that’s all I can say about the plot without giving away too many surprises.

I enjoyed this film far more than Spider-man Homecoming. Watching Nick Fury take over Tony Stark’s role as Peter Parker’s mentor is a treat as his approach is a gruffer father figure and less cool uncle, as Stark was. This gives us a new dynamic and is a refreshing change. There are some truly poignant moments when Happy (Favreau) and Peter remember Tony and his legacy. Who could ever fill his shoes? There’s the right amount of pathos and humor that you would expect from a Marvel Movie. Something that Fox only got half right with their attempts at movies with Marvel characters. In order to try and keep up with Stark Industries and S.H.E.I.L.D. Peter is given a pair of special glasses, which brings back memories to me of the early Steve Ditko comics where he had to wear glasses. We’re treated to a lot of exotic locales that are breathtaking and keep the pace of this film moving. I haven’t seen this many locales since one of the last James Bond Outings. Watts direction is sharp and gives us just the right amount of action accompanied by a relaxed sensibility when needed. All in all, there is never a dull moment. All the performances are spot on and I’m loving this Spider-man series.  One disappointment for me is all the high tech and spider armor. I prefer the web spinning, wall crawling webhead as he was originally depicted, but it’s a minor thing for me that doesn’t ruin the movie. In ten years it seems that the Mighty Marvel Machine is not showing signs of fatigue. Though I personally feel that the best is still behind us with the destruction of Asgard, the real age of Steve Rodgers and the death of Tony Stark. I don’t see the sequels of Dr. Strange or Captain Marvel living up to those juggernauts, and the Eternals are nowhere as interesting characters as the Avengers or even Guardians of the Galaxy. The sequel to Guardians of the Galaxy and Black Panther should be good, but those are subjects for a different article. For now, Spider-man Far From Home is a competent sequel, superior to the original. **** (8.8 rating)