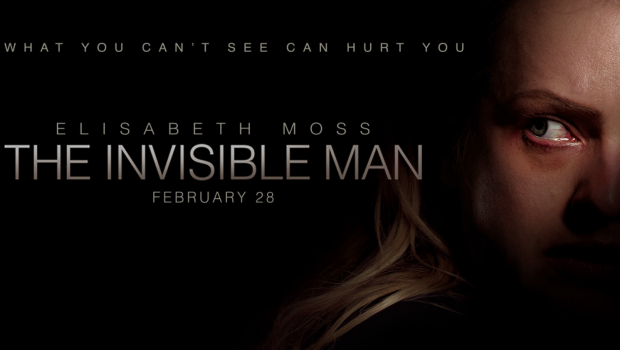 Cecelia Kass (Moss) finds herself in a controlling relationship with a depraved, arrogant S.O.B. in Adrian Griffin (Cohen). She makes her escape with the help of Diazepam, a decision that will come back to haunt her later in the film. She hides out at the home of her friend, a cop named James Lanier (Hodge) and his daughter, Sydney (Reid). Griffin commits suicide and leaves Cecelia 5 million dollars. Adrian’s brother, Tom (Dorman) is a lawyer who handles the will for Cecilia.

My Review: This film went through development hell as far back as 2007. When Universal was trying to start its own shared universe with its line-up of horror characters. They attempted franchises with Dracula and the Mummy, which failed miserably at the box office so they had to re-think the shared universe attempt and shelved the Invisible Man until they could figure out what to do with the character. This film is a result of that, and I must say the chills are strong and creep up slowly on us. Elizabeth moss gives a tour de force performance as the victimized girlfriend and it’s an eerie experience watching her world unravel before our eyes. Everything should have ended happily after Griffin’s suicide and Cecelia inherits the money. The first thing she does is set up a bank account for Sydney and her college fund. Everything seems to be going her way, but slowly and surely creepy things start to happen which makes her paranoid and doubt that Griffin is actually dead. It’s subtle at first, kitchen utensils mysteriously being displaced, doors mysteriously opening, but then it escalates until Sydney is attacked and she thinks Cecilia is the one who attacked her. Cecilia winds up in a mental hospital and tries to convince everyone that she isn’t crazy and that Griffin is still alive! There are some convincing twists in the film involving Adrian’s brother which I won’t give away here. The film keeps you guessing as to Adrian’s fate and Cecelia’s sanity. The invisibility isn’t achieved with a serum as in the novel and previous incarnations, but I’m led to believe that the Leigh Whannell watched the James Bond film Die Another Day and paid close attention to the invisible car scene. Aldis Hodge gives a solid performance as the cop who loves his friend but comes to doubt her after the attack on his daughter, we see him go from trusting to doubting then to acceptance. The supporting cast all around is fine. Kass’ descent into insanity is what keeps us glued to the screen and the atmosphere is a clear plus, unlike the recent Fantasy Island film where the atmosphere doesn’t quite work, here the descent is real and we are along for the ride in a truly frightening way. ****1/2 (9.2 rating)