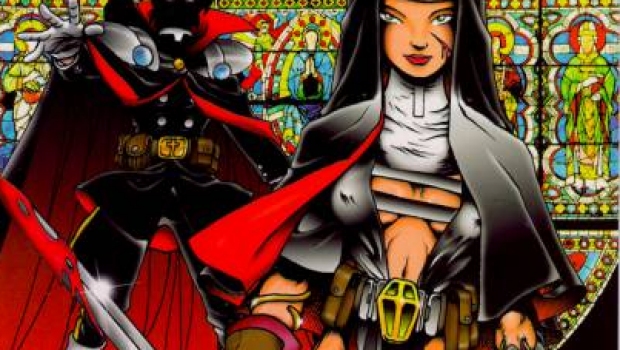 C4S is delighted to announce that Alba Baptista has been cast in the lead role of Netflix’s new series “Warrior Nun”.

Alba will be playing the role of ‘Ava’.

Written by Simon Barry (Continuum, Van Helsing), Warrior Nun revolves around Ava, a 19-year-old woman who wakes up in a morgue with a new lease on life and a divine artifact embedded in her back. She discovers she is now part of an ancient order that has been tasked with fighting demons on Earth, and powerful forces representing both heaven and hell want to find and control her.

Character synopsis: “Liberated from an abusive orphanage and a prison of her mind and body, she’s tasting real freedom for the first time in her young life. As a result, she wants to experience everything at once, and she can be reckless in her ambition.”

Warrior Nun is an adaptation of a graphic novel published by Avatar Press and based on a longlasting comicbook series by creator/artist Ben Dunn (Antarctic Press).
Filming on the series has just begun.