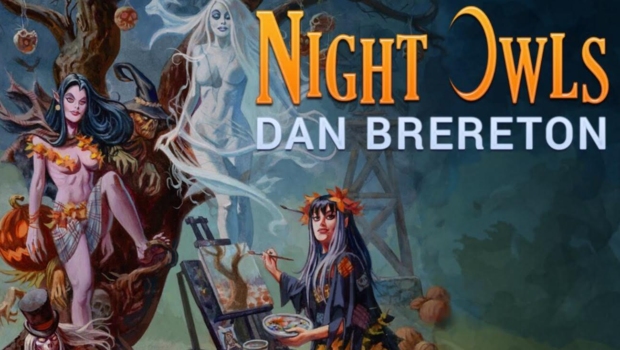 CONTINUING A SERIES OF HIGH-QUALITY ART BOOKS Big Wow Art is dreadfully pleased to present another hardcover volume of recent paintings and drawings by Illustrator and Comics-Creator Dan Brereton. Collecting images ranging from spooky to heroic, fetching to monstrous, NIGHT OWLS will not only contain new work from the past year, but freshly-completed artwork, up until the book goes to the printer. 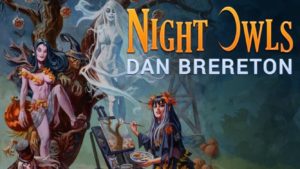 A 96-page hardcover in lush full color. This is the edition which will be available through other outlets and stores sometime in early 2019.

The 120-page hardcover, available to pre-order only through this campaign, comes wrapped in a dust jacket featuring a “virgin” cover (free of text and titles) and comes signed by the artist. It contains 24 more pages of material, as well as enhancements not available in the Direct Market Edition!

Dan Brereton is an award-winning artist and creator of the monster/pulp/noir comic book series, NOCTURNALS. Along with creator-owned titles like GIANTKILLER, THE PSYCHO and THE LAST BATTLE, Dan has worked for most major comic book publishers on titles such as BATMAN: THRILLKILLER, JLA, PUNISHER, GOD-SIZE THOR, VAMPIRELLA, RED SONJA, SIMPSONS, LEGENDS OF THE DARK KNIGHT and countless more. In 2014 Big Wow Art published ENCHANTRESS, Dan’s fourth art book and first funded through Kickstarter. Since then, Dan and Steve have continued to create more successful projects on Kickstarter, including the NOCTURNALS: THE SINISTER PATH graphic novel, and last Fall’s IN THE NIGHT STUDIO art book. Dan also created the monster girls trading card set CREEPING FLESH with SideKick Labs on Kickstarter, and most recently the NOCTURNALS ART PORTFOLIO. He’s currently working on the next NOCTURNALS graphic novel. Dan lives with his family in Northern California.