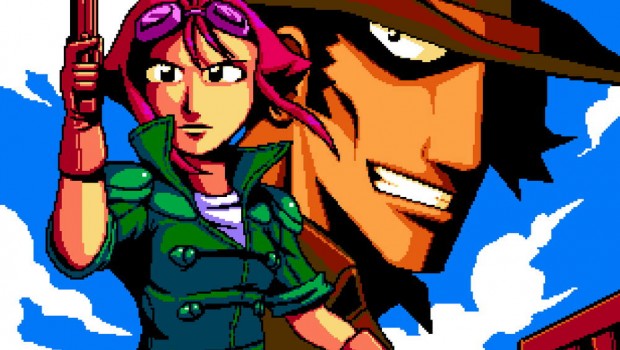 We have all had dreams. Dreams that we would have given anything to achieve and yet have eluded our grasp. It is about reaching for the stars and missing, it is about what one does with the failures that seem to make up most of life.

Veronica Darkwater is a down on her luck bounty hunter who finds herself plunged into an intergalactic treasure hunt for a legendary world of untold wealth. But she must compete with a crazy military commander who will stop at nothing to cement his name in history. Will she stay alive long enough to see if the legends of the mythical world of Una Tesara are true? A riveting adventure with retro 80’s/90’s arcade style art.

Nova Phase is being published through Slave Labor Graphics. The first issue will be available for free digitally through www.comixology.com on January 15th, the second issue will be up the same day and on sale for just 99 cents. A print version of the first two issues will be collected and for sale in February through the SLG website and amazon. Issue #3 and #4 will be out in March and April respectively, with another two issue collection out in June, and issue #5 and #6 shall be out in July and August, with the final two issue collection coming out for print in September.

“I wanted to do a space western because I love space and I love westerns. I also love old video games. So there you go.” -Matthew Ritter

“I love pixel art. I think of it as a genuine aesthetic choice, as apposed to a limitation. It has allowed us to give Nova Phase a really unique look.” -Adam Elbatimy

Nova Phase can be followed in blog form at http://8-bitspacewestern.blogspot.com/and on facebook athttps://www.facebook.com/8bitspacewestern

Also, 8-bit music inspired by Nova Phase can be listened to at www.14hoursproductions.com/bittunes/ they have been crafted by Andrew Huang of andrewismusic.com