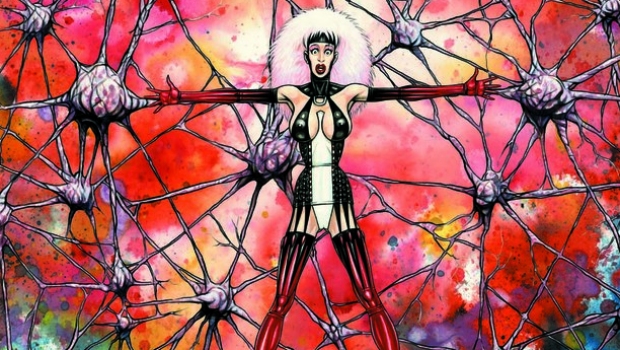 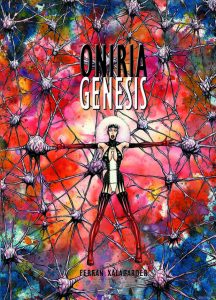 Oniria​ Creator Ferran Xalabarder ( Heavy Metal, Titan AE, Anastasia) has launched a campaign to bring his sci fi/fantasy world Oniria to its climax and beyond.

This indiegogo campaign will complete Oniria: Genesis, Oniria: Revelations and Oniria: Apocalypses (2 books). The first two 72 page books are fully completed and ready to print. The last two books will come out within nine months of each other if not sooner. In addition, all existing content will be remastered and touched up to give a an already vivid colorful world amazing kick. His creation captures the detail and world building of old school European comics while bring readers to a far future they never dreamed of.

Oniria is something outside of time and space, it occurs a void in between brain cells. Two women fused together in a scifi/fantasy journey that should not be missed.

“…I tell you, I swear, here, next-door, there is this oneiric realm outside time & space, a void in-between brain cells, an insane dimension where everything’s possible and nothing makes sense, a realm called Oniria where Mr Sandman doesn’t dare.”
​

At the early stages of 2013, a massive polar flip changed the world we know forever, creating an alternative future, a parallel reality. From the ashes of that world emerged a fanciful system called Utopia. And that’s where the story begins…

The ONIRIA saga tells the tale of two completely different women, two Utopian citizens, Amanda Honeyland and Ms Frosy who, abducted by a mysterious entity, are fused together in a single body to embark, against their will, upon the most hallucinating adventure of their lives inside a bizarre oneiric realm. They’ll soon realize that Oniria is the name of that “place”, a colorful void out of time & space, where all dreams and nightmares interlock to create a liquid and crazy world where everything is possible and nothing makes sense. A world full of a little bit of everything that dreams are made of. An outlandish kingdom populated by its own particular creatures and entities. An insane domain where “Gods” use to play their twisted mind games…

Step by step, madness after madness, Amy & Ms Frosy will deeply sink into that screwy realm. And, enslaved by a weird creature called the Dreams-Eater as they are, they will try to adapt the best they can to their new shocking environment and condition, while dealing at the same time with the most hidden traumas of their own. The usual that happens when your brain must handle an experience barely intended for a human mind to comprehend… But this is part of the plot… someone’s plan requires that the two girls go through their most hidden traumas as to unleash the fantastic and epic almighty confrontation that will take place at the end… It won’t take too long for them to discover that they are merely toys in hands of superior forces.

The world of Onirira is R rated and not for everyone. Explore the new world if you dare. Multiple language versions are available as well!
Ferran Xalabarder is a writer, storyboarder, and illustrator. His works include Titan AE, Anastasia, NightFall and more.