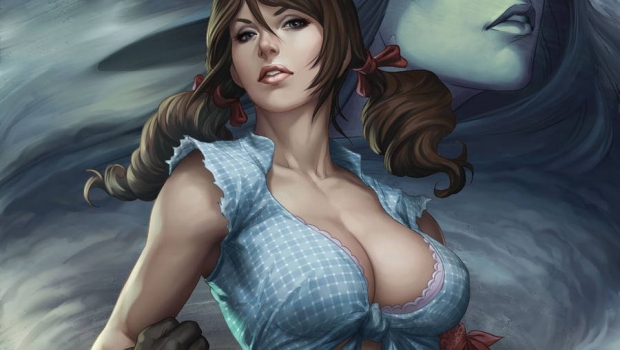 Zenescope Entertainment has announced that the #1 issue of its brand new title, Grimm Fairy Tales presents OZ, has sold out of its initial 30,000 copy print run. The publisher has ordered a second printing of the debut issue for immediate release.

Zenescope’s re-imagining of the Oz mythology was one of the top-selling titles through Diamond in July and the best-selling Oz related book of the month. Making that feat impressive is the fact that publishing giant, Marvel Comics, also released the #1 issue of its new series, The Emerald City of Oz, in July as well.

The success of Zenescope’s OZ and the company’s other best-selling titles, such as Wonderland and Grimm Fairy Tales, solidifies the ever-growing entertainment company as a top mainstay in the comic book market.

“I’m very happy that so many retailers and fans have taken a chance on this book. I hope they’re enjoying reading it as much as I am writing it.” said Zenescope President and series writer, Joe Brusha. “We’ve been planning this series for such a long time and it’s great to have a successful launch after having put so much work into it. We’re looking forward to publishing more Oz series and continuing to expand the Grimm Universe.

Oz #1 is currently available digitally through ComiXology and can also be ordered directly on Zenescope’s website. Visit www.zenescope.com and www.facebook.com/Zenescope for more information on all of Zenescope’s titles.