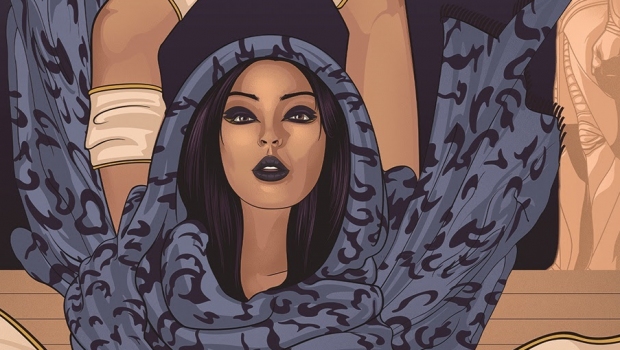 Fan-favorite heroine Pantha claws into her own series again this January for the first time in 10 years, courtesy of beloved franchise writer Tom Sniegoski, alongside Jeannine Acheson, and artist Igor Lima.

The woman known as Pantha was once the ancient Egyptian queen Samira. Due to her cruelty, the goddess Sekhmet beset a curse on her, to live for eternity. Yet she also gained the ability to transform into a savage beast. For millennia she has endured her punishment, hiding from the world and humanity. But now someone or something is striking down the gods, and it falls upon the antiheroine to save the pantheon in exchange for redemption and freedom.

“I was psyched to learn that Pantha’s history includes ancient Egyptian lore, as this is right up my alley!,” said writer Jeannine Acheson. “Tom and I have done a lot of reimagining of Egyptian gods, goddesses, and mythologies, and we really hope that readers will enjoy the bizarre and horrific take on her story that we’ve come up with.”

Tom added, “Jeannine’s take was really crazy and exciting and I knew after working with her on Vampiverse that she would be the perfect collaborator for this series.”

The creative team is rounded out by artist Igor Lima (Green Lantern, Mighty Mouse). As well as colorist Adriano Augusto and letterer Carlos Mangual. To celebrate the return of Pantha to fans of the Vampirella mythos’ reading stacks, Dynamite has called up a crop of talented artists to tackle memorable covers. Recent rising star Judy Jong leads the pack. Critically acclaimed artist Jorge Fornes (Rorschach, Batman) returns to the Dynamite fold with his, following his breakout years back on Magnus. They’re joined by Vincent Aseo, Alvaro Sarraseca, and Elena Pianta.

Pantha made her first appearance in Vampirella #30 in 1974, which Dynamite recently reprinted as a replica edition alongside her appearances in Christopher Priest’s Sacred Six series. Her story in this new series follows in those steps, but can be jumped into completely fresh and standalone. Fans looking to learn more about the character can check out The Best of Pantha: The Warren Years, Vampirella Masters Series Vol 7: Pantha, and her last solo series Pantha: The Goddess and the Dangerous Game.

PANTHA #1 is solicited in Diamond Comic Distributors’ November 2021 Previews catalog, the premier source of merchandise for the comic book specialty market, and slated for release in January 2022. Comic book fans are encouraged to preorder copies of the issue with their local comic book retailers. It will also be available for individual customer purchase through digital platforms courtesy of Comixology, Kindle, iBooks, Google Play, Dynamite Digital, ComicsPlus, and more! 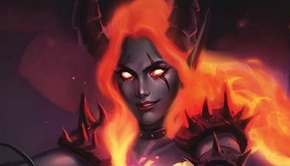