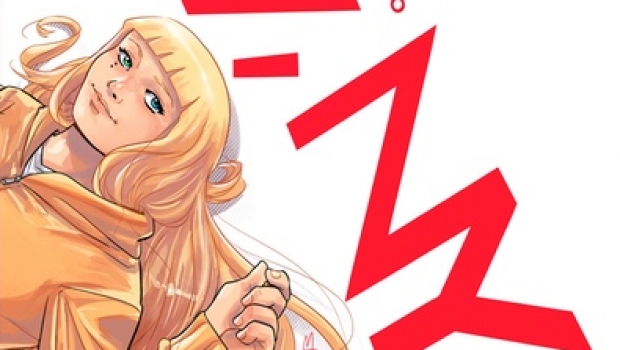 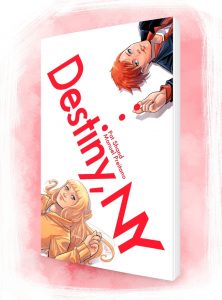 Pat Shand asks the big question: How are you supposed to find your path when you’ve achieved your destiny before your thirteenth birthday?

DESTINY, NY is a 120-page graphic novel about love, loss, magic, cats, coffee, sex, growing up, and the way we build our own destinies every day.

DESTINY, NY follows Logan as she navigates through graduate school for Prophecy Kids while trying to find her place in a world that tells her she’s already finished.

You can read the entire first chapter for free here: (There is a secret prologue, though, that no one will see until the book is released. Shhhh!) and you can check out more about DESTINY, NY, via Kickstarter!

PAT SHAND writes comics, novels, and pop culture journalism. He is best known for long runs on Robyn Hood, Charmed, Van Helsing, and Grimm Fairy Tales, as well as his creator-owned work including Vampire Emmy and the Garbage Girl, Family Pets, and Suckers. He has also worked on comics such as Joss Whedon’s Angel, Equilibrium, Disney Princess, Zootopia, and more. His forthcoming novels, Iron Man: Mutually Assured Destruction and Avengers: The Serpent Society, will be out in late 2016. Destiny, NY is his first Kickstarter.

MANUEL PREITANO was born under the Italian sun with a pencil in his cradle. After studying in Rome, he started working for comic fanzines, until the internet put him in touch with publishers all over the world. His current credits include work for Zenescope Entertainment, Graphic India, Dabel Brothers, and regional Italian publishers. Whether an action-y style or a cartoony style, Manuel enjoys doing comics, book covers, illustrations, and whatever else sounds fun to draw. Most of all, though, he loves cats, so Pat bribed him into drawing Destiny, NY by telling him it was a series full of felines.